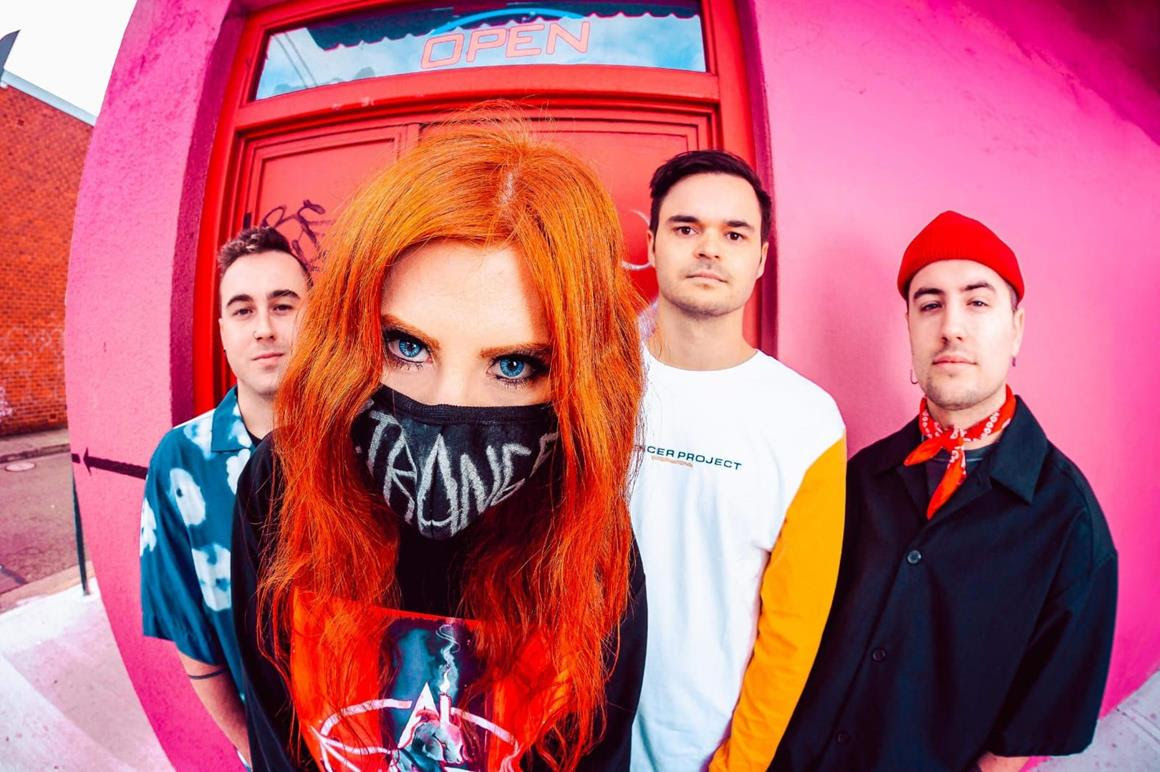 ‘Fake’ opens with the menacing whispered vocals of lead singer Emmy Mack, before dropping into the trademark frenetic riffs of guitarist Craig Wilkinson. Mack’s vocals drip with a Nicki Minaj-esque sass before multifarious drums blend with shouting gang vocals as the choruses explode with intensity and abandon.

Emmy Mack talks about the meaning behind ‘Fake’:

“This song is actually a bit of an in-joke. We wrote it as a vent session following a negative experience we had on tour. I actually never expected to release it – but we had so much fun playing it live & ended up being so stoked on how the recording turned out that it just felt right. It’s a hostile little smartass of a tune, inspired by that awkward moment when you realise someone you always looked up to and admired isn’t all that they seem”.

To coincide with the release, the band will play three shows with Australian progressive rock veterans Cog and three dates with metalcore legends The Amity Afliction in Januray, before making an appearance at Download Festival in both Sydney and Melbourne next year.