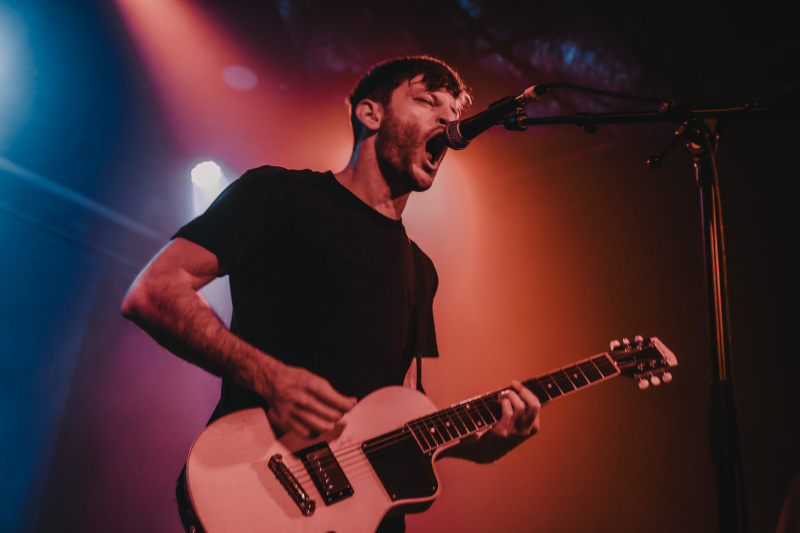 Canada is known for many awesome things; like poutine and an abundance of maple syrup… but they also have some super talented punk rock bands. One of those bands happens to be PUP, who are currently in Australia for the Splendour In The Grass Festival but tonight are playing a sold out headline show at Factory Theatre Sydney.

This is not the first time PUP have played headline shows down under, but this time around they are playing larger venues – and the sold-out signs went up fast. This is due to Triple J keeping them on high rotation and the band releasing a mind-blowing new album ‘THE UNRAVELLING OF PUPTHEBAND’ which is one of our favourite albums of 2022 so far.

Straight out of the gate, PUP burst onto the stage as a ball of ferocious energy to cheers from the crowd as they started things of with ‘Four Chords’. Then, going straight into ‘Totally Fine’ – which has become such an important anthem for the current times, the two tracks mirrored how their new album kicks off.

With four albums under their belt, the nineteen song setlist gave us a ‘best of’ mix of all their albums. It’s hard to pinpoint what tracks garnered the best response from the crowd, as literally every song was a singalong. Songs like ‘Dark Days’ and ‘Reservoir’ from their first album reminded us why we first fell in love with them. While catchy new bangers like ‘Waiting’ showed us they are a band that just keeps getting better. The set even included an impromptu Hotel California guitar solo and an admission from the band that Australia and “us drongos” make the band feel like they are in their second home.