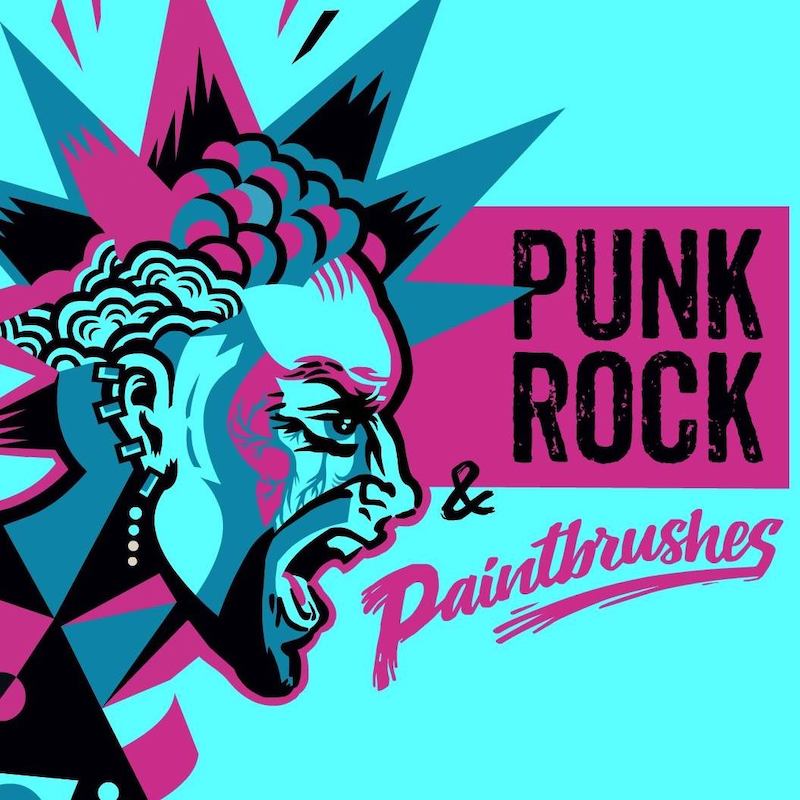 Punk Rock & Paintbrushes is known for bridging the gap between music and art with their extravagant art shows and most recently, with the release of their one-of-a-kind coffee table art book: The Insides Of Artists Written By Outsiders, which features art and stories from both world-renowned and up-and-coming talents in the music, art, and action sports communities.

While the first round of dates puts a focus on artists who double as skateboarders, including Steve Caballero, Christian Hosoi, Brandon Novak, and many others, the newly announced dates shine light primarily on artists who double as musicians. The new dates will feature in-person appearances and exhibits by Duel Diagnosis (Dave Navarro + PADHiA), Chali 2NA (of Jurassic 5), Warren Fitzgerald (of The Vandals), Soma Snakeoil, Mike Gallo (of Agnostic Front), Meg Zany, Kristin Koefoed, and more. Following the success of their recent Los Angeles gallery show Degrees of Separation, these shows will mark the debut of Duel Diagnosis as part of the Punk Rock & Paintbrushes family.

The collaboration between LA artists Dave Navarro and PADHiA celebrates people who are different and drives awareness to mental health and its overall narrative, while also leading art viewers to look inside themselves and question their views and understandings of aspects of the human experience. The duo creates prints, street art, fine art, apparel, and more.

General admission to each event is free and grants access to the full, day-long art exhibit. Events will also host a very limited capacity VIP event which includes a book signing for The Insides Of Artists Written By Outsiders, a Q&A with all the artists, speaking engagements, live music, and much more.