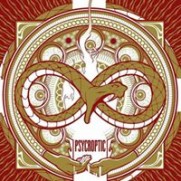 In March 2015, Australian metal pioneers, Psycroptic, will release their sixth album, a self-titled array of progressive wizardry that has transcended far beyond their technical death metal roots.
One of the metal worlds tightest live bands, Tasmania’s biggest musical export will take their crushing new opus to their eagerly waiting fans on a tour though 17 dates across the nation.
Joining them on all dates will be New Orleans blackened thrashers Goatwhore. Their 2014 album Constricting Rage Of The Merciless received high critical praise and the Australian fanbase grows significantly each time the return.

Brisbane brutalists Disentomb & heavy hitters Aversions Crown, Perth’s Earth Rot, Melbourne’s Whoretopsy and Sydney’s Ouroboros will all join the tour for various legs around the nation.
‘Psycroptic’ is due for released on March 13 in Australia via EVP Recordings and the rest of the world via Prosthetic Records.