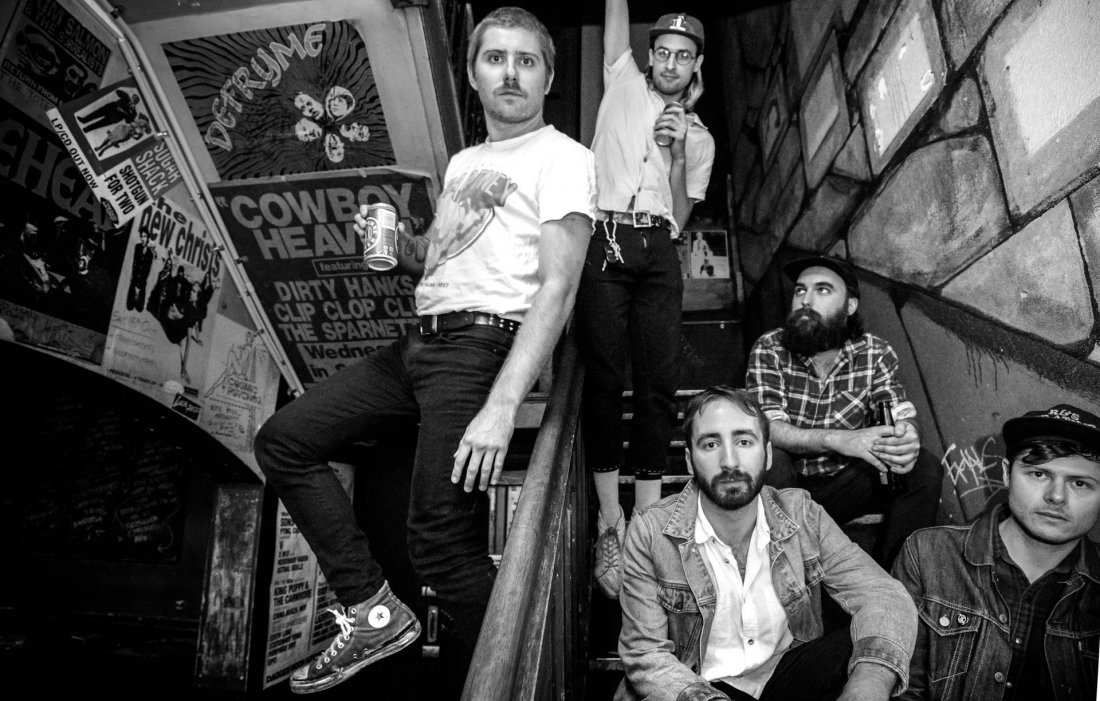 Less than 12 months on from the release of their widely celebrated debut LP St Anger, Australia’s pub-punk linchpins Private Function return with ‘I Don’t Wanna Make Out With You’, the first single taken from the band’s anticipated forthcoming LP, Whose Line Is It Anyway?, released Friday 28 August.

Available for pre-order now via Artist First, limited edition pressings of Whose Line Is It Anyway? sold out in just 15 minutes when the web store opened last Friday.

An album recorded in the height of COVID 19 that features an unforgettable album cover paying tribute to Australia’s beloved $5 note trick, Whose Line Is It Anyway? is a 13-track avalanche of formidable punk-rock numbers and timeless pub-rock anthems, imbued with Private Function’s trademark satire.

The charging first single from the album is ‘I Don’t Wanna Make Out With You’, a track that amplifies the fundamental right that people have to turn someone down if they feel their personal space is being invaded, no matter how magnetic or charming the personal space invader may be.

According to Private Function, the track can be interpreted as telling someone to back off and get out of my space.

“It doesn’t matter what your sexual preference is, or whether you identify as a girl, guy or somewhere in between – if you’re a person and someone is hassling you, you can tell them to fuck off and not feel bad about it”.