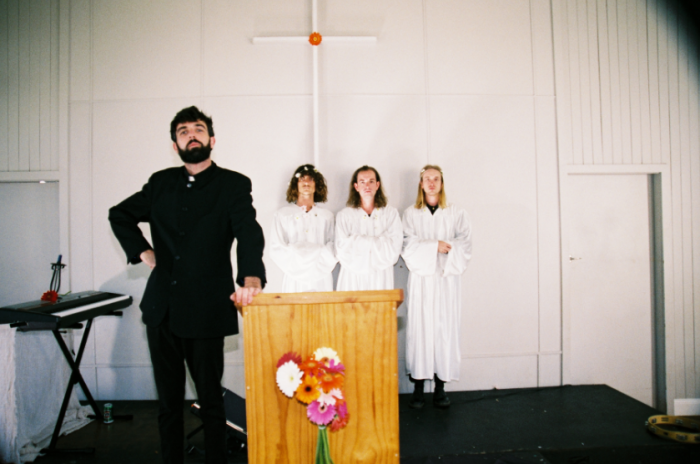 Queensland indie-rockers POP CULT today drop their wonderfully madcap, gospel inspired video for ‘Feels Right’, the brand new single lifted off their forthcoming debut EP, set to be released mid 2016 via We Are Golden & Create/Control. Triple j Unearthed have also just announced that POP CULT have taken out the Unearthed competition to play the opening set at the upcoming Big Pineapple Music Festival 2016, joining the likes of You Am I, DMA’s, Regurgitator, Holy Holy, The Smith Street Band + More!

Frontman Elliot Heinrich describes the song as a “gospel jam, with a subversive social commentary. We’re encouraged to be passive and accept the way things are, but our generation have more power than ever to question and change things.”

A band that has already earned a reputation for crafting stomping sing-alongs in the same vein as Primal Scream and The Dandy Warhols, POP CULT have harnessed the power of ‘Beggars Banquet’ era Stones on ‘Feels Right’, echoing out into the cosmos with charged piano chords, spacey guitar solos and gospel backing vocals.

Triple J love, east coast Australian tours, and a slot at BIGSOUND all followed quickly – as did supports for the likes of Loon Lake, The Cairos and even the approval of Mac Demarco’s mum/cult hero in her own right Agnes Demarco who declared, “My God I seriously love this song, you guys rock!”