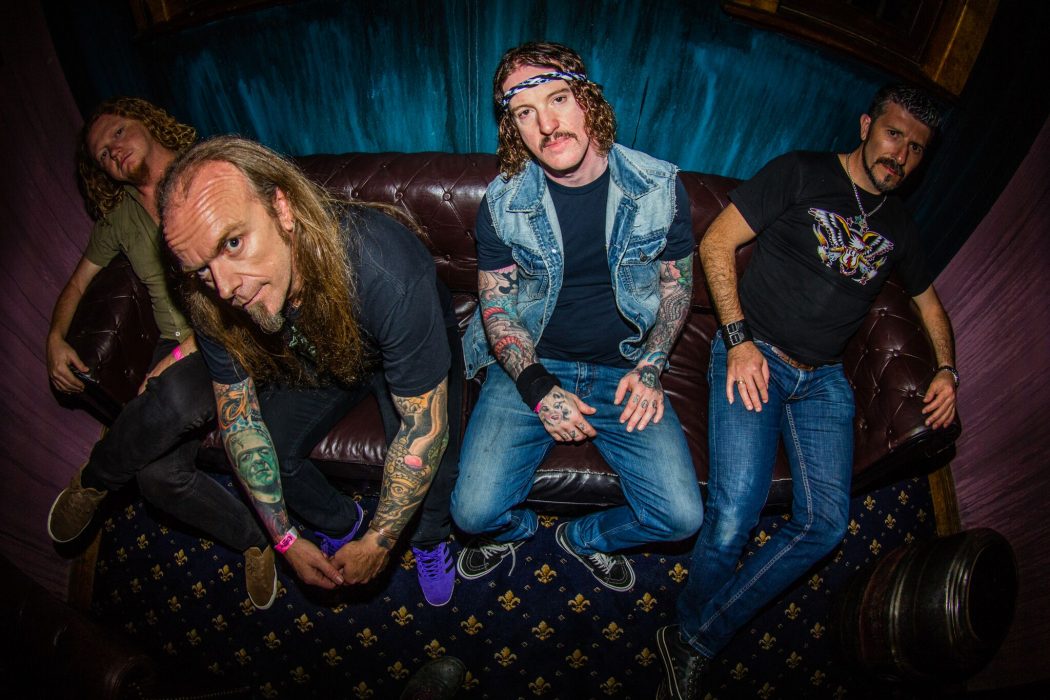 Rising from the underground of Sydney’s stoner rock scene, the Arrowhead brotherhood fire an explosive, all killer/no filler triptych of volume, attitude and down-tuned grooves.

Hitting you harder than a Frank Frazetta-airbrushed panel van travelling at 100mph, Arrowhead is very much a band defined by the riffs that raised them. Fronted by guitar player, vocalist and chief songwriter Brett Pearl, Brett was brought up on a staple diet of classic rock with Hendrix, Zeppelin, Floyd and Sabbath rarely leaving the turntable. Joined by fellow purveyor of low-end grind is bass player/Viking Arron Fletcher, guitarist Raff Iacurto and living backbone of the band, Matt Cramp on drums.

With each member feeding into the Arrowhead-approved vision of hard rock reverie via Hollywood monsters and science fiction cinema, having paid their dues as a band since late 2009, following on from 2010’s Atomsmasher EP, their self-titled debut and 2016’s Desert Cult Ritual, the latest addition to the quartet’s quiver is new album, Coven of the Snake. An album that is equal parts venom and mysticism, and 100% blood-bound to steal your soul in the name of rock and roll.