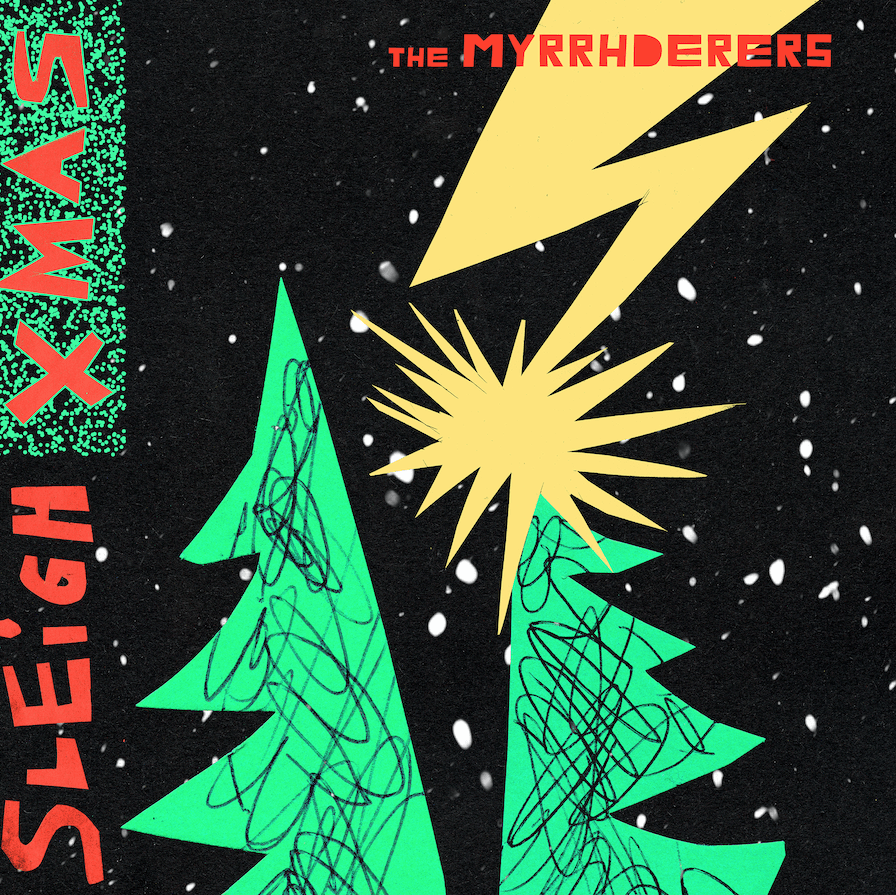 From time-honoured carols like “Deck the Halls” to modern classics like “Have Yourself a Merry Little Christmas”, The Myrrhderers’ debut EP features hard-hitting versions of your favourite holiday songs.

Discussing the first single, ‘God Rest Ye Merry Gentlemen’ (out Friday, November 13th), Gold says, “Making Christmas punk music is a bit of a balancing act – you need to give the songs some kind of twist to make them work in a punk context, but you also don’t want to push a song so far that it loses its original Christmas ‘feeling’. This is one of the heavier tracks on the record, but we wanted to put it out first because we feel like it captures both sides of that equation, without compromising one for the sake of the other.”

He adds, “Our scene isn’t gonna be around forever. Since Bezos came along, there’s been a lot less work up here, so most of our friends have moved south looking for a better life, and not to mention, less melty terrain. We figured if we don’t document this now, it might never happen.”