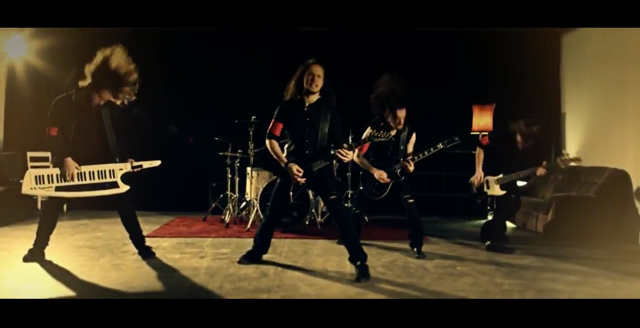 ‘Karma Favours The Weak’ is the first in a trilogy of music videos to be released by ORPHEUS OMEGA encompassing the ‘Partum Vita Mortem’ concept.

Commented the band: “As circumstance and unpredictability can get the better of us, it’s hard not to feel we fight a losing battle against fate.
But destiny is in the eye of the beholder and we forget that we are the ones in control of our future.”