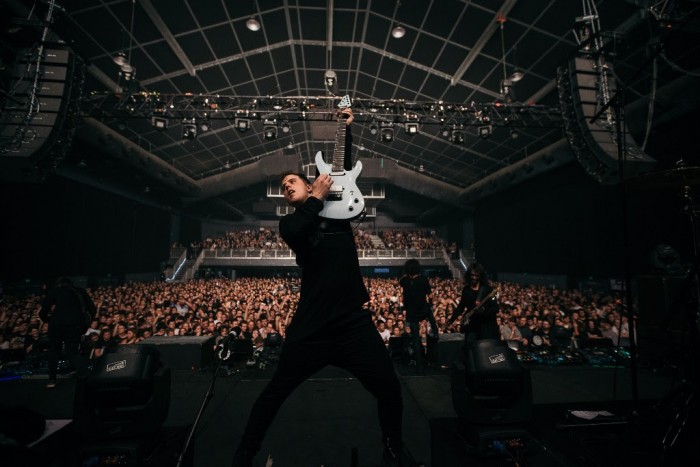 Northlane have announced they will be heading back out on the road this November for a very special run of intimate shows, returning to those smaller venues they haven’t seen since 2013.

Joining them on these cosy shows will be Hellions. Fresh off their own sold out headline tour, Hellions’ new album Opera Oblivia debuted at #4 on the ARIA Chart, as well as scored flawless reviews and triple j Feature Album. Rounding out the line up will be Sydney up-and-comers Polaris.

But that’s not all. Northlane will also release a Deluxe Edition of their critically acclaimed and commercial success Node. The Node Deluxe Edition will be available physically and digitally on September 9 worldwide. Featuring an instrumental version of the entire record, the Deluxe Edition also boasts a brand new version of “Aspire” with Marcus Bridge, a cover of Tame Impala’s “Let It Happen” recorded in Europe as well as the original single version of “Rot”. There’s also brand new versions of “Weightless” and “Obelisk” recorded during the legendary Ghost City Sessions in Germany where Northlane spent a week in May writing new material. “Weightless” was filmed and packaged into awesome interactive 360 video.

Northlane has kept the momentum pumping in 2016, consolidating their largely sold out Node European tour last year with appearances on the European festival circuit, wowing crowds at Slam Dunk, Impericon, NSD Open Air and Groezrock. In April, Northlane dropped a surprise collaboration EP called Equinox with the best mates In Hearts Wake and slayed massive stages around Australia, playing to thousands of people on the biggest Australian tour of their career with sold out signs on box offices in Brisbane and Sydney.

Don’t miss your chance to see one of Australia’s most successful heavy music exports in an intimate live setting.