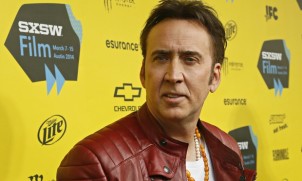 Nicolas Cage is set to take on the role of the true tale of Gary Faulkner, who’s mission was to single- handedly take down Osama Bin Laden in the new flick Army of One.

Larry Charles (Borat) will be directing the film based on GQ’s article about Colorado’s Faulkner and his mission and his rise to fame doing the late night TV show circuit.

Harvey Weinstein has acquired the rights for the TWC-Dimension label who has just come from recent success with Paddington.

Script will be done by Scott Rothman and Rajiv Joseph.