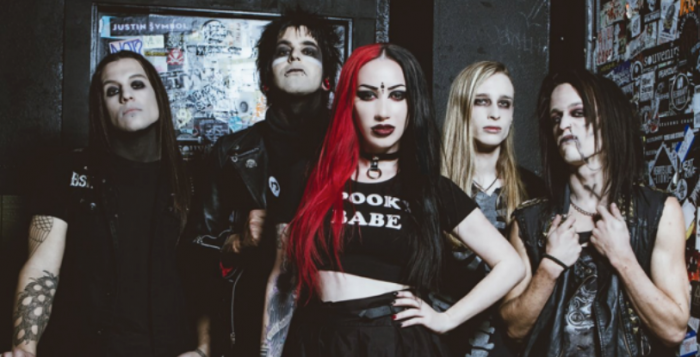 NEW YEARS DAY released their third full length studio album Malevolence in October 2015, which scored them their highest first week sales and Billboard Top 200 at #45.
Malevolence was produced by Erik Ron (Motionless In White, Issues) and is the band’s first release on Another Century Records.

Ash Costello (vocals) states: “This video was so much fun to make! We are big fans of Mad-Max and have always wanted to make a post-apocalyptic style video so I’m glad we pulled it out for “I’m About to Break You.” The location we filmed at was a few hours away from Los Angeles and they put on a festival every year called ‘Wasteland Weekend’ that is dedicated to the post-apocalyptic lifestyle.
We had a blast making props and riding around in those amazing cars. Having fans and friends join us as extras made it icing on the cake.

Malevolence is also the most personal album we have ever written to date. More than ever you can really feel the blood and tears in these lyrics. It wasn’t an easy process because it was so emotional but what came from it is honest and real. It’s therapeutic and angry but still shows vulnerability.”