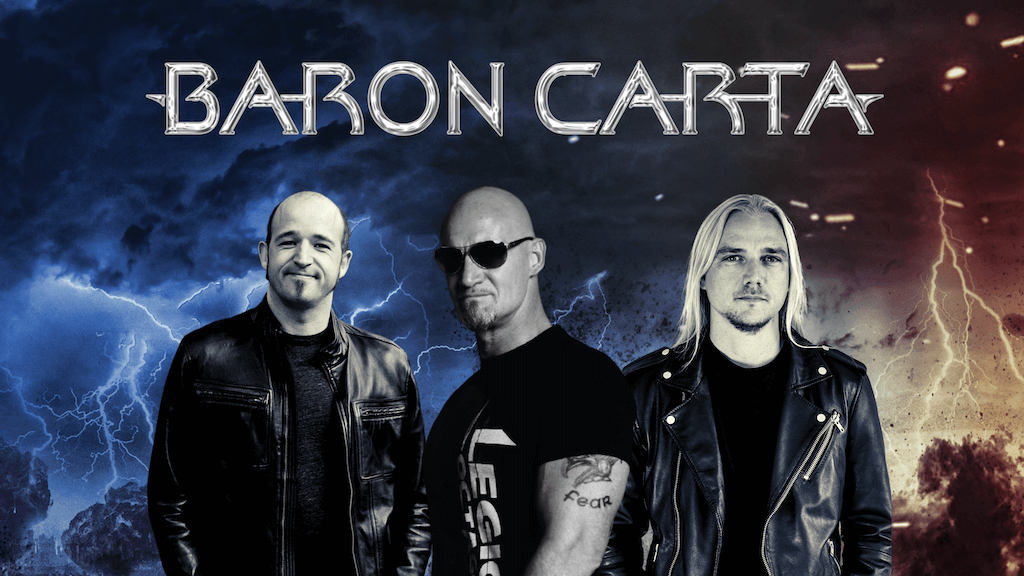 BARON CARTA has just released their debut release, ‘Step Into The Plague’ featuring the debut official lyric music video for ‘Devil To Send’.

The entire release is available FREE by heading to https://www.baroncarta.com/ (and includes bonuses such as wallpapers, musical notation/tab, video content, and more). The release is also available on Spotify here as well as Apple Music, Amazon Music, and many other retailers.

BARON CARTA blends together different styles into a unique format. Shades of IRON MAIDEN, MEGADETH, SLAYER, NEVERMORE, and more come together to create a heavy, but powerful package.