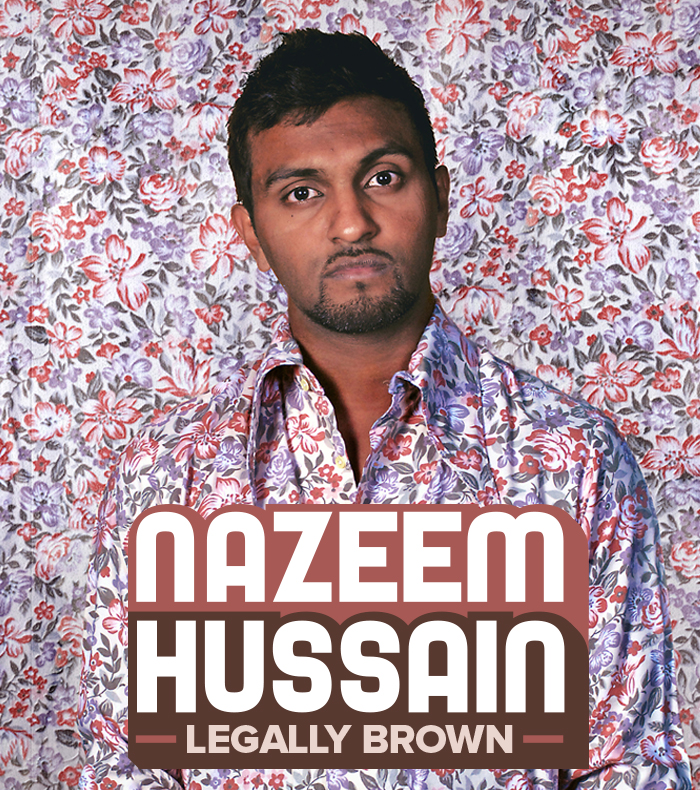 Hussain will perform an additional show at the Melbourne International Comedy Festival in the Melbourne Town Hall’s Main Hall on Saturday, April 18 at 9.15pm.

He has also added an extra show to his Sydney Comedy Festival run on Friday, April 24 at 7.15pm.

Tickets for all shows are on sale now.
Hussain, who was last week nominated for a 2015 Logie Award for Most Outstanding Comedy for his critically acclaimed, smash- hit SBS TV show Legally Brown, is currently performing his first solo show at the MICF. It is four years since Hussain last performed at the festival as part of the award-winning duo, Fear of a Brown Planet, incidentally the 2008 MICF Best Newcomers.

Hussain has become the master of exposing the inherent absurdity in prejudice and flipping stereotype on its head. His live shows are no different – cerebral, confronting and funny.

It’s Hussain’s knack for character and deft comedic touch that has seen him become a familiar voice on Triple J during 2014, as well as regularly appearing on NOVA’s breakfast show with Meshel & Tommy. Hussain’s TV credits also include The Project (Network Ten), It’s A Date (ABC) and Balls of Steel Australia (The Comedy Channel). He was also SBS TV’s man on the ground in Rio de Janeiro during the 2014 World Cup soccer, providing nightly content to The Full Brazilian for the network.

Don’t miss the perfect opportunity to see the brownest household name in Australia right now, live and on the big stage.