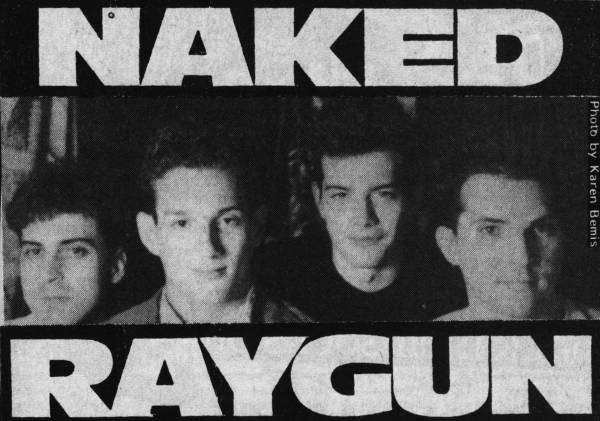 Naked Raygun have released their first new track since 2011! The band are in the studio recording their first full length album since 1990’s Raygun, Naked Raygunand “Broken Things” is the first song to see the light of day. It premiered on Tim Armstrong’s Tim Timebomb & Friends radio show on Sirius/XM Monday evening. Riot Fest’s Mike Petryshyn personally delivered the track and stuck around to talk all things punk rock with Tim, revealing details about the fest and the new Raygun album, due out in 2016.

Raygun are in the wake of a triumphant summer in which they headlined major festivals and opened for the Foo Fighters at Wrigley Field in Chicago (8/29) and Klipsch-Amphitheater in Indianapolis (8/27) on their Sonic Highways World Tour. They were also featured in the first episode of Grohl’s award-winning HBO documentary series, Sonic Highways.

The band recently announced three December shows, in Milwaukee, Chicago and Lombard (December 4-6); the band will play three different sets for each show, including material from their new album, which will be released in 2016. Direct Hit! will also perform on all three dates.

Tickets are on now, there will also be a limited number of 2-day pass available for those attending both the Milwaukee and Chicago shows. Link here: http://riotfest.org/?p=24934

Easily the most influential band bursting forth from the initial Chicago punk rock explosion, Naked Raygun also holds the distinction of being the longest running.  When many of their peers were either breaking up or going metal in the mid-to-late 1980s, Naked Raygun soldiered on with their trademark sound, combining infectious vocal melodies with muscular guitar and a precision rhythm section.  Echoes of the golden era of Raygun sound can be heard in punk rock circles worldwide.

In the fall of 2006 drummer Eric Spicer began to get the itch to play the old songs again and gathered the guys together again to reunite for Riot Fest in Chicago.  The overwhelming response from the sold out crowd of four thousand prompted Naked Raygun to re-form permanently with their final lineup of Spicer, Bill Stephens on guitar, Pierre Kezdy on bass and Jeff Pezzati on vocals.

Naked Raygun returned to action by playing shows across the Midwest and embarking on their first West Coast tour in over a decade with Bay Area legends the Swingin’ Utters.  The band also released their first DVD, entitled What Poor Gods We Do Make. The CD/DVD package combined a documentary covering the lifespan of the band with performances from their sold out performance at Riot Fest 2006. Raygun have been active ever since. 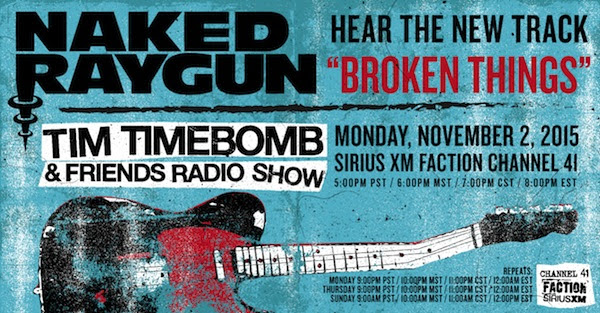