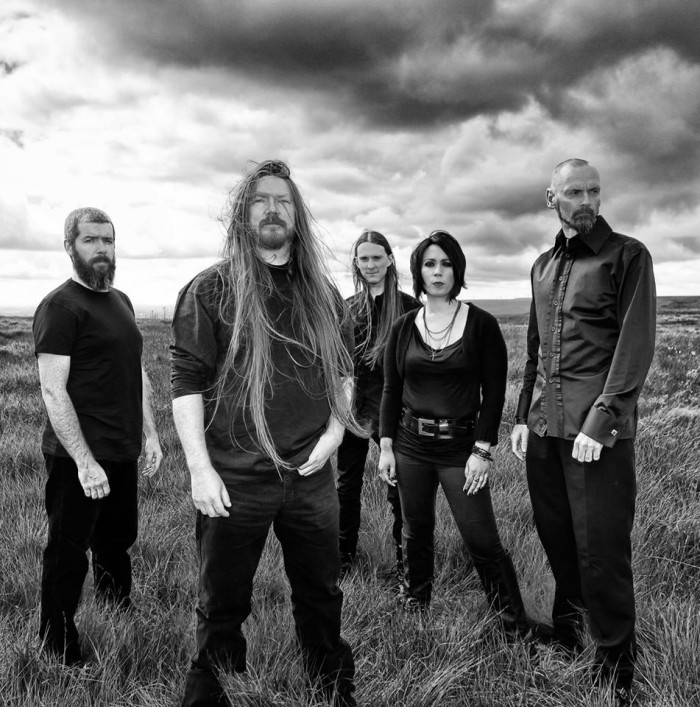 Using ‘The Raft of Medusa’ by French romantic painter Théodore Géricault as visual inspiration as well as taking cues from the bands own bleak and foreboding music, My Dying Bride’s latest video is a harrowing tale of tragedy and loss.

Filmed on the stunning Pembroke coast of South Wales and in particular, St. Govans Chapel, the scenes were set to play out the narrative as vocalist Aaron Stainthorpe takes the role of a lone musician and poet who stumbles upon a fallen maiden while combing the seascape for curiosities. Clearly the victim of a recent shipwreck, she is gathered up and removed to a suitable, sombre resting place, all the while the mournful ‘Feel The Misery’ plays alongside, marrying the rich visuals with the melancholic song.

Directed by James Sharrock & Ryan Mackfall, James explains “The concept for “Feel the Misery” has been in my head for a while. It is loosely based on the famous painting “Raft of Medusa” by Theodore Gericault painted in 1819, and when I heard the song it invoked the creative idea I had been thinking about.”

Bringing the video concept into context James continues “In May this year I read in the news reports of a “Ghost ship” carrying 350 starving Rohingya Muslims vanishing off Thailand. Indonesia, Malaysia and Thailand refused to engage in search-and-rescue operations, instead pushing the boats back to sea, letting the people starve and refusing to accept the asylum seekers – similar to the story behind ‘Raft of Medusa’ . It was only later in the year as we were filming the music video down around the Pembrokeshire coast that the media took a greater interest in the deaths of asylum seekers in the Med. The song has allowed me to bring to life not only issues that are currently facing us all, but a masterpiece that reflects a similar tragedy from centuries ago.”

My Dying Bride’s latest opus and 12th full studio album, ‘Feel the Misery’, is set for release on 18th September