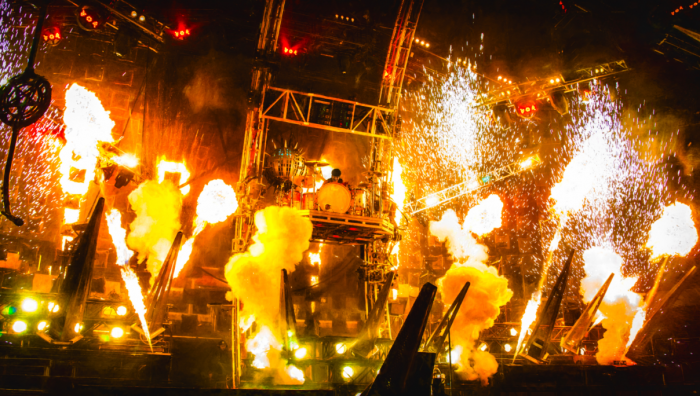 Beginning on Saturday, July 16 (Sunday, July 17 in Australia) music fans can experience the final performance from iconic rock band Mötley Crüe during a month-long run of “Mötley Crüe: The End.” The once-in-a-lifetime event was held at the sold-out Staples Centre in Los Angeles on New Year’s Eve 2015.

Fans around the world will be able to catch all the action from Mötley Crüe’s final show via a digital PPV stream at motley.com. In addition to the live show fans will also be treated to behind-the-scenes footage of the band’s final performance night. Completing their 35-year touring career as a band, this epic concert viewing experience gives Mötley Crüe’s fans a chance to relive mega-hits such as “Kickstart My Heart,” “Girls Girls Girls,” “Home Sweet Home” and “Dr. Feelgood.”

Known for their over-the-top production, Mötley Crüe did not disappoint for their last show ever on New Year’s Eve: from massive, cutting-edge pyro, including Nikki Sixx’s bass guitar spitting fire over 30 ft. into the air, and Tommy Lee’s “Crüecifly” drum roller coaster, amongst many other spectacular elements. Lead singer, Vince Neil, delivered an emotional “thank you” speech to the audience, while the band supplied next-level, high-octane fuelled energy, ringing in the New Year on stage with thousands of balloons raining down on the crowd.

The grand finale of the show included a blow-out performance of their hit single, “Kickstart My Heart” with Nikki Sixx and Vince Neil floating above the audience in far-reaching “cherry-pickers.” Leaving fans in tears, the show concluded with an emotional encore rendition of “Home Sweet Home” from the second stage riser in the centre of the audience. 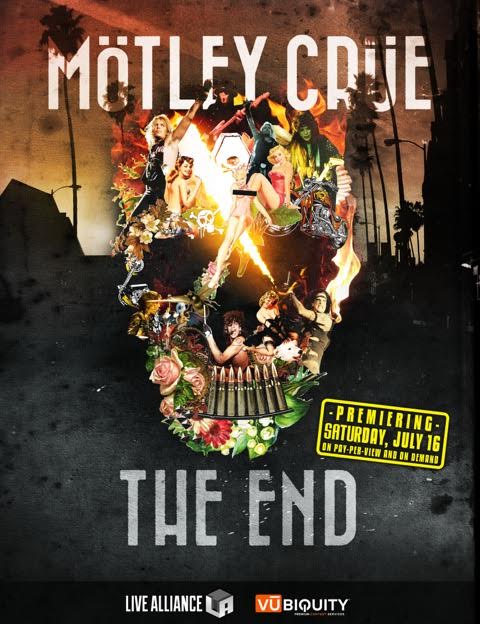