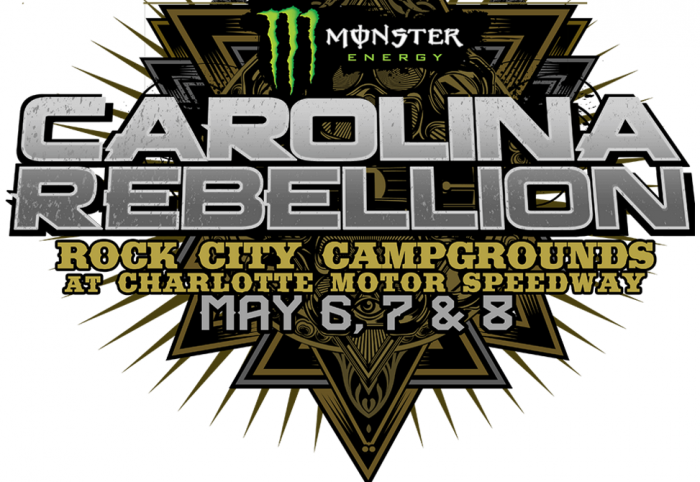 Monster Energy Carolina Rebellion—May 6, 7 and 8 at Rock City Campgrounds at Charlotte Motor Speedway in Concord, NC–has announced the lineup of festival experiences, as well as details for the expanded Pig Out BBQ Village, which will feature Gourmet Man Food that reflects cuisine of the region and the cultural food explosion that is happening around the country.

As previously announced, after selling out in advance in 2015, with a record-setting 80,000 fans in attendance, the Mid-Atlantic’s Biggest Rock Festival has expanded to three full days in 2016, featuring best of today’s rock along with legendary classic artists playing on four stages, the expanded Pig Out BBQ Village, and premium camping facilities.

In addition to music, Monster Energy Carolina Rebellion will offer multiple onsite experiences, including those listed below.

Monster Energy: Monster Energy will be keeping all Rebels fueled up and ready to rock by offering free sampling on their Monster Energy viewing deck. Enjoy Monster Energy drinks from one of the best seats in the house. Make sure to check back throughout the festival for a schedule of Monster Energy’s interactive artist experiences. Monster Energy is giving away 25 pairs of tickets at select Circle K locations and other retail outlets throughout the NC area now through April 25. One lucky winner will receive a Monster Energy Drink grand prize that includes tickets, hotel, spending cash and a SIXX:A.M. meet & greet at Carolina Rebellion.

The VIP Lounge Upgrade, as well as Hotel and Camping Packages are SOLD OUT.