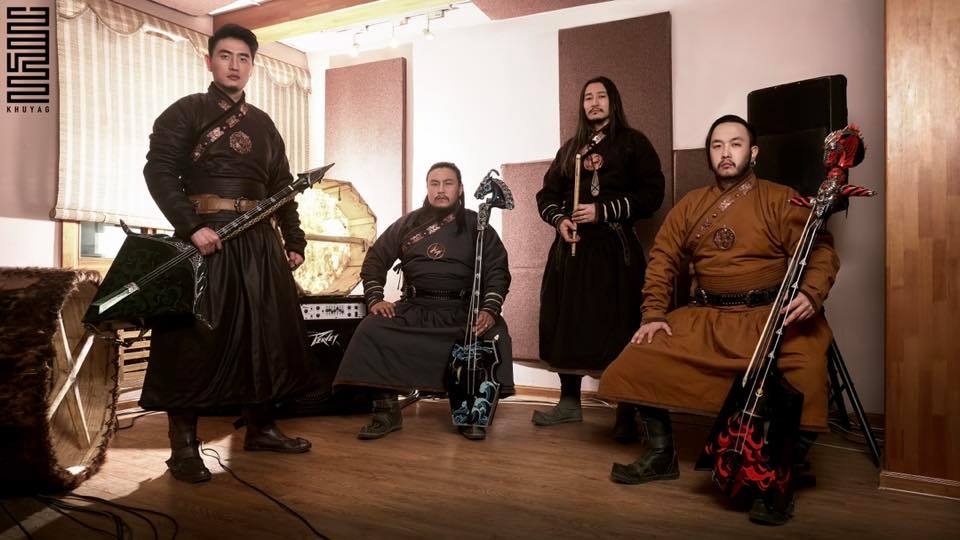 Things are heating up for THE HU as they prepare to make their way to North America for their first-ever tour of the continent in support of their upcoming debut album, THE GEREG, due September 13.

The Mongolian phenomenon, who adventurously combine traditional Mongolian instrumentation and throat-singing with modern American heavy rock to create their own style of music they call “hunnu rock,” have just launched the third single and music video for the epic track “The Great Chingiss Khan.”

Following the viral online success of their previous videos for “Wolf Totem” and “Yuve Yuve Yu” in December 2018—which combined have over 40 million views to date–“The Great Chingiss Khan” marks the first official video release from the band in 2019. Filmed at Burkhan Khalduun, the birthplace of Chinggis Khaan, in February of this year in minus 30 degree weather, the cinematic video shares the story of Chinggis Khaan as he is portrayed in Mongolian culture as an inventor and a founding father of the country rather than the worldly view of him as a warrior and conqueror.

THE HU were recently heralded as Cultural Envoy of Mongolia by the Minister of Foreign Affairs of Mongolia in a special ceremony live streamed on MNB World, which can be seen here.

The Gereg will be released on September 13