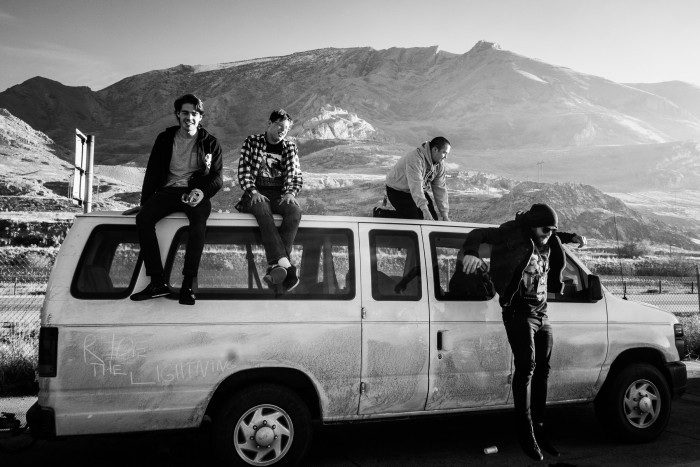 Modern Baseball have announced they’ll be heading to Australia in April 2016. The Pennsylvanian-Rockers will play East Coast dates while on our shores, firstly they’ll hit Sydney’sOxford Art Factory on April 7th, followed by Brisbane at Crowbar on April 8th and finishing in Melbourne at The Rev April 9th.

Modern Baseball have truly had an incredible past few years. Beginning as a high-school acoustic duo, friends and guitarists Jacob Ewald and Brendan Lukens were soon joined by Ian Farmer on bass and Sean Huber on drums to record their debut full length Sports in 2012. The band found a deep connection in their tremendous honesty and earnestness. People flocked to the band from all corners of the punk, pop and indie scenes. By the time they released their follow up record You’re Gonna Miss It All in 2014, Modern Baseball had built a solid foundation of buzz and deeply passionate fans.

In 2016, Modern Baseball will release Holy Ghost. The highly anticipated album brings a newfound weight to the band, as they continue to grow emotionally and musically with each new release.