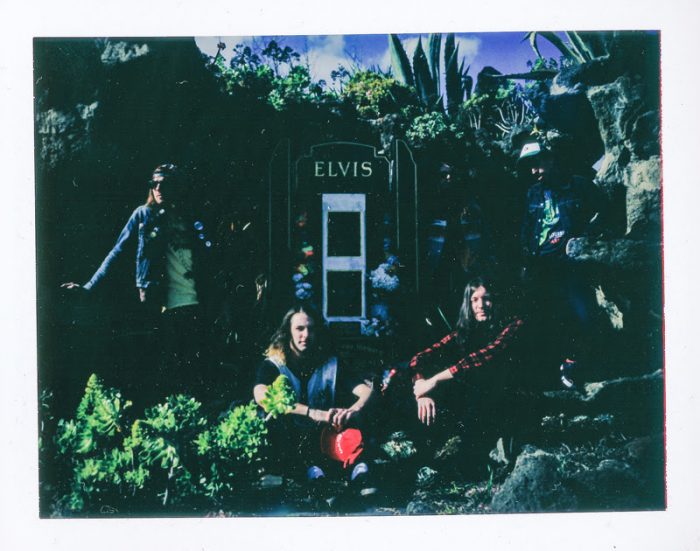 Melbourne’s Mesa Cosa have unveiled one hell of a Halloween special in form of their new track, with accompanying (and pretty damn gory) video clip, “Blood & Brains”. “Blood & Brains” is the B-Side to their latest single “Stone Bone”. For those with stomachs of steel, watch the brain spilling video clip. Or stream the twangy quasi-mystical b-side here.

The go-to band for lo-fi freakouts and raucous live shows are currently in the midst of touring Australia’s East Coast, they continue the tour this weekend in their hometown of Melbourne, and without spoiling any surprises, we’ll just say that there’ll be projections, a giant snakehead, free Killer Pythons and a lot more in store…

“Blood & Brains” was written in a day, recorded at their house in a day with the same two guitars they’re seen destroying in the video clip to “Stone Bone”, and mixed by Stu Mckenzie (King Gizzard). Their “inspiration was blood and the goal was brains,” explains the band.