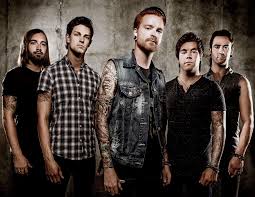 The track is one of 4 bonus tracks that appear on the upcoming Deluxe Edition of the band’s latest LP ‘Unconditional’, which will be released this Friday.

Guitarist Kellen McGregor says, “It’s always enjoyable to reimagine songs acoustically as we’re primarily a band that writes heavy music with a lot of riffing. ‘Need To Be’ made sense to choose considering it’s already a softer track from “Unconditional” & lends itself nicely to an acoustic interpretation. Reworking ‘Beneath The Skin’ was a fun challenge due to its heavier nature, but the process was very rewarding & it turned out more amazing than we could have possibly imagined.”

The Deluxe Edition was remixed & remastered by Brian Hood (Being As An Ocean, Sworn In) at 456 Recordings.

Pre-orders are available on MerchNow and iTunes.