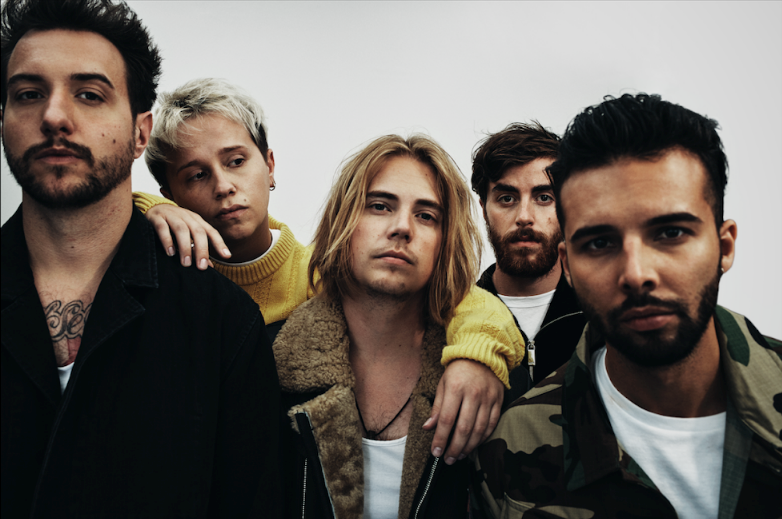 UK five-piece Nothing But Thieves have shared the compelling, rousing and surreal video for their recently released single ‘Real Love Song’, which is taken from their forthcoming new album MORAL PANIC.

Amidst mesmerising animations and a gritty performance from the band themselves, the Basak Erol directed video showcases the dreamlike story of three characters seeking love in the wrong places. A different perspective to relationships in the digital age, it addresses themes of confusion and losing the grip of reality on what’s real and the darkness it evokes.

Speaking about the video, the band say; “As an audience, we are often presented something that is excessive or overblown, especially when it comes to love stories. We wanted the video to capture the irony of the song whilst making sure it was still affecting. This is a song within a song and the video, with its nods to the modern relationship and its sensationalised band moments, tell two sides of the same story. Where does the cynicism end and the real begin? It was amazing to work with Basak and her team who totally got where we were going and created a story that works on these different levels. This is a love song, so what?”

‘Real Love Song’ and ‘Is Everybody Going Crazy?’ is the band’s first new music since their 2018 EP WHAT DID YOU THINK WHEN YOU MADE ME THIS WAY . The band recently announced the release of their third album MORAL PANIC, set for release on October 23 with pre-orders now live.