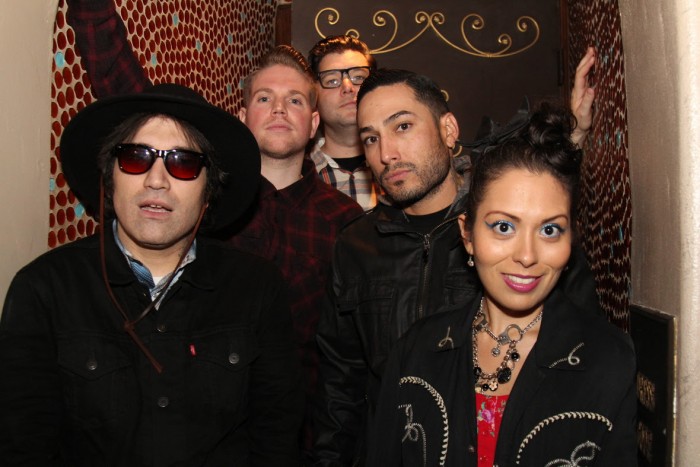 Southern California’s LP3 & The Tragedy describe their sound as “two gypsy cousins and three friends (who) form a group of breakfast club rejects bringing you Americana in its darkest & youthful form.”

A new track titled “Heart Locked in a Cell”is premiering today on Soundcloud LP3 and The Tragedy.

About LP3 & The Tragedy:

LP3 & The Tragedy joined forces a little over a year ago, but has a cowpunk past going back decades.

There are members sprouted from the Pan-American roots of Los Lobos and tweaked by the dark, swampy blues of The Gun Club.

There are members who have refined their chops in punk, ska and fun but inevitably tuned their attention toward the roots of it all.

United and propelled by a sense of family through blood, touring and DIY culture, LPIII and The Tragedy possesses a staggering combined mass of musical tastes, talent and muscle memory, but also has the excitement of a novice, vulnerability of a baby, and an unlimited potential to match.