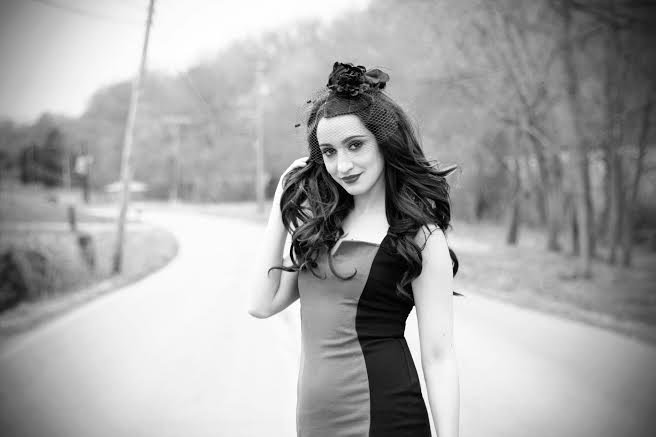 For years, country crooner Lindi Ortega had made her living on the road, playing a mix of country ballads and revved-up foot stompers in honky-tonks, motorcycle bars, tattoo festivals, rock clubs, and everywhere in between. She’s a traveler, chasing down a dream that started years ago, back when she was a teenaged aspiring singer in Ontario. That journey to reach her goals – and the sights, struggles, and characters she’s met along the way – provide the inspiration for her fourth album, Faded Gloryville out August 7 via Cooking Vinyl Australia.

Faded Gloryville was recorded in three different sessions, with Ortega teaming up with award-winning producers like Dave Cobb (Jason Isbell, Sturgill Simpson, Shooter Jennings), Colin Linden (T Bone Burnett) and the Muscle Shoals-based team of Ben Tanner (Alabama Shakes) and John Paul White (Civil Wars). The goal was to create a record as broad and varied as Ortega’s influences, which run the gamut from ’70s country records to classic soul. Although all three sessions were different, every one of them focused on live studio takes, capturing both the rough-edged rawness of Ortega’s live performances and the smooth salve of her voice.

“There’s something about the Shoals that entices artists to forget themselves, to reimagine, to reinvent,” says John Paul White, whose harmonies can also be heard on three of the album’s tracks. “Lindi did a great job of immersing herself in what we do around here, yet retain that thing that makes her indelibly unique. That takes an amount of confidence that most do not have.”

She’s toured North America with artists like Social Distortion, whose punk-loving audiences were quick to accept Ortega as one of their own. In a decade filled with big-budget country albums, she’s something different: a throwback to the glory days of ’70s country, whose stars mixed the twang of the south with the do-it-yourself attitude of rock & roll.

For Ortega, Faded Gloryville represents a state of mind – a place we all visit on our way to something bigger and better. It’s the dark, dreary town that looms on the near horizon, infinitely closer that the far-off destination we’re trying to reach. Most weary travelers pull their cars into Faded Gloryville and stay awhile, beaten down from the long journey. Some are willing to dust themselves off and leave town in the morning, though, determined to chase after their goals regardless of the conditions.

“Faded Gloryville isn’t just about music,” she told Rolling Stone Country, who announced the new album yesterday. “It’s about anything that brings you down, whether it’s dreams not coming true or relationships not working out, and its message is this: you can go to place where you’re feeling really down about things, but it’s what you do afterwards — do you decide to reside there forever, or do you leave and make the situation better — that matters. You have to travel through Faded Gloryville to get to Paradise.”