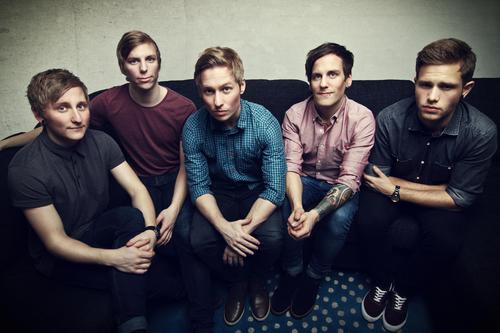 LIKE TORCHES are revealing today “Swing By Swing”, a new track from their new album “Shelter”, along with a brand-new music video. The track is now available as instant-grat track with any iTunes preorder.

WATCH THE MUSIC VIDEO BELOW:

Lead singer Jonathan Kärn comments: ‘Swing By Swing’ is the first song we wrote when we began the writing process for our upcoming album ‘Shelter.’ It’s probably the song that reminds me most about our first record ‘Keep Your Head High’ and I think our fans will appreciate that. It is probably one of the ”poppiest” songs on the record, but still with a hint of Nordic heaviness, so I’d say it definitely has more edge. Lyrically the song is really just about how messed up and broken our society is.”

The band has recently announced the release of their new album ‘Shelter’, due out on Rude Records January 22nd. The album was produced and recorded by Ryan Key (Yellowcard) at Missing Man Recordings in Stockholm. Like Torches have a long time working relationship with Yellowcard’s own Ryan Key, who has produced both the debut and forthcoming record.

Earning themselves the reputation of most promising Scandinavian band in punk rock right now, LIKE TORCHES will release ‘Shelter’ on January 22nd 2016 worldwide via Rude Records.