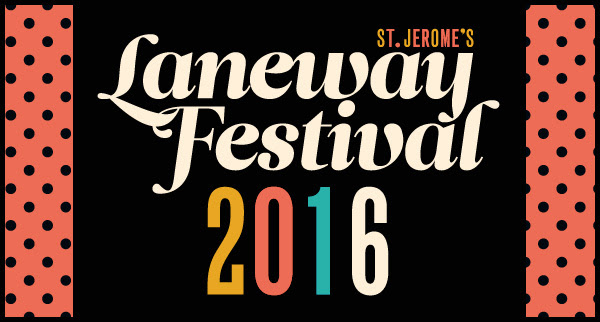 Taking a steely grip of the baton from the honourable Agnes DeMarco, Kirin will welcome to the summer stages a myriad of the world’s finest and most adventurous musical souls.
This follows a busy year cracking the binary code of social media with a naked bathtub sojourn alongside tour mates Mac Demarco & GUM, a year of shows including glittering sets at Paris Pitchfork Festival,  the Terrible CMJ Party NYC alongside Empress Of and Leif, and opening for Tame Impala at the celebrated Hollywood Forever Cemetery. Funkadelia was also royally lifted across both the Mark Ronson album and Australian shows, as well as performing the music of David Lynch in the ‘In Dreams’ show across Europe.
Catch Kirin J Callinan at Laneway Festival across all Australian dates this summer for maximum LOLs and wisdom. Hear their incredibly impressive second album Every Open Eye live at the Forum Theatre in Melbourne on 9 and 10 February. Tickets available here. This week the Official Laneway Festival Instagram account has been takeover by our 2016 artists. Big Scary took the reigns on Tuesday with their Melbourne Australia Day bash and we got an insight into Flume’s new live show yesterday. Stay tuned for more from CHVRCHES andViolent Soho in the next week. Follow the snaps here.

Laneway Festival Singapore and Auckland kick off this weekend with the Australian leg hitting the road in Adelaide on Friday 5 February. Tickets still available for Adelaide, Brisbane and Fremantle here.