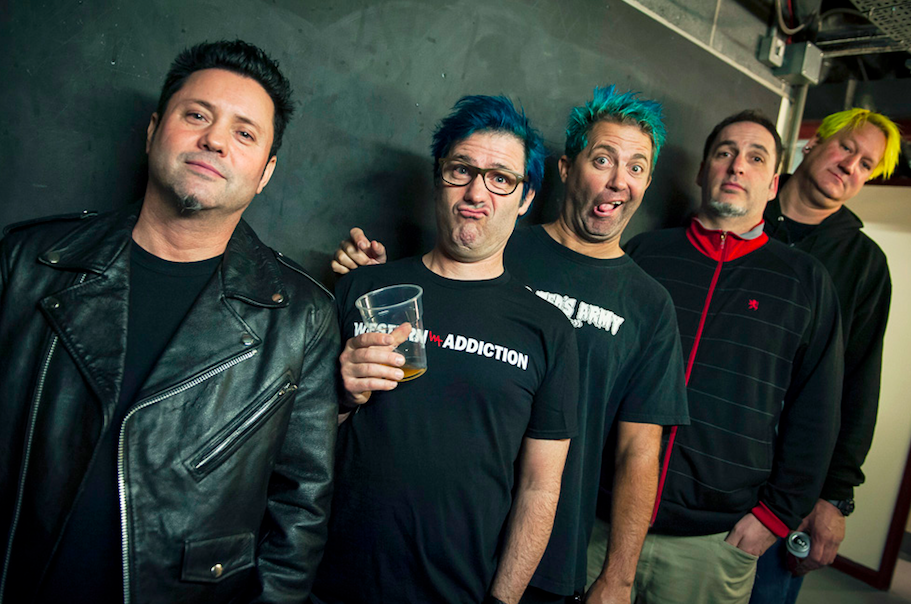 Bred from the long lineage of punk bands out of Southern California, Lagwagon always stood apart from their contemporaries. Injecting wit and intellectual lyrics into their stop and go, speedy skate punk. Vice describing their songs as “poppy enough to be catchy but had enough emotion to scream them at the top of your lungs”.

After a nine year lag, the band are back with the powerful and long-awaited album Hang. Featuring heavier riffs,crestfallen melodies and somewhat nihilistic lyrics, the overall sound of Hang is darker and more hard-charging than some of Lagwagon’s best-known work. Itsalldead enthuse, “Hang is a lesson in expert craftsmanshipand song writing by one of the best bands in the business”. Addressing themes including loss, betrayal, aging, the environment, and the plight of the common man. It’s not a totally bleak picture, though: all that disconnectedness underscores the need to make emotional investments, ensuring that empathy doesn’t in fact become obsolete.

Slugmag claim that “every song stands out on this record”. Vocalist, Joey Cape lamenting that, “This is the first record we’ve made in the history of the band that we wholeheartedly agree that we want to play every single song on the record live,”

Joining them will be Fat Wreck Chords label mates, The Flatliners. The Canadian quartet will bring with them buzzsaw guitars, melodic leads, anthemic choruses and introspective lyrics. These aren’t just four dudes banging out riffs ten thousand kilometres from home every night. These are four dudes banging out riffs in the hallways of the Overlook Hotel, just like the unsettling twin girls in The Shining.

Don’t sleep on this one. Tickets will fly out the door.

With Special Guests, The Flatliners and Mixtape for the Drive