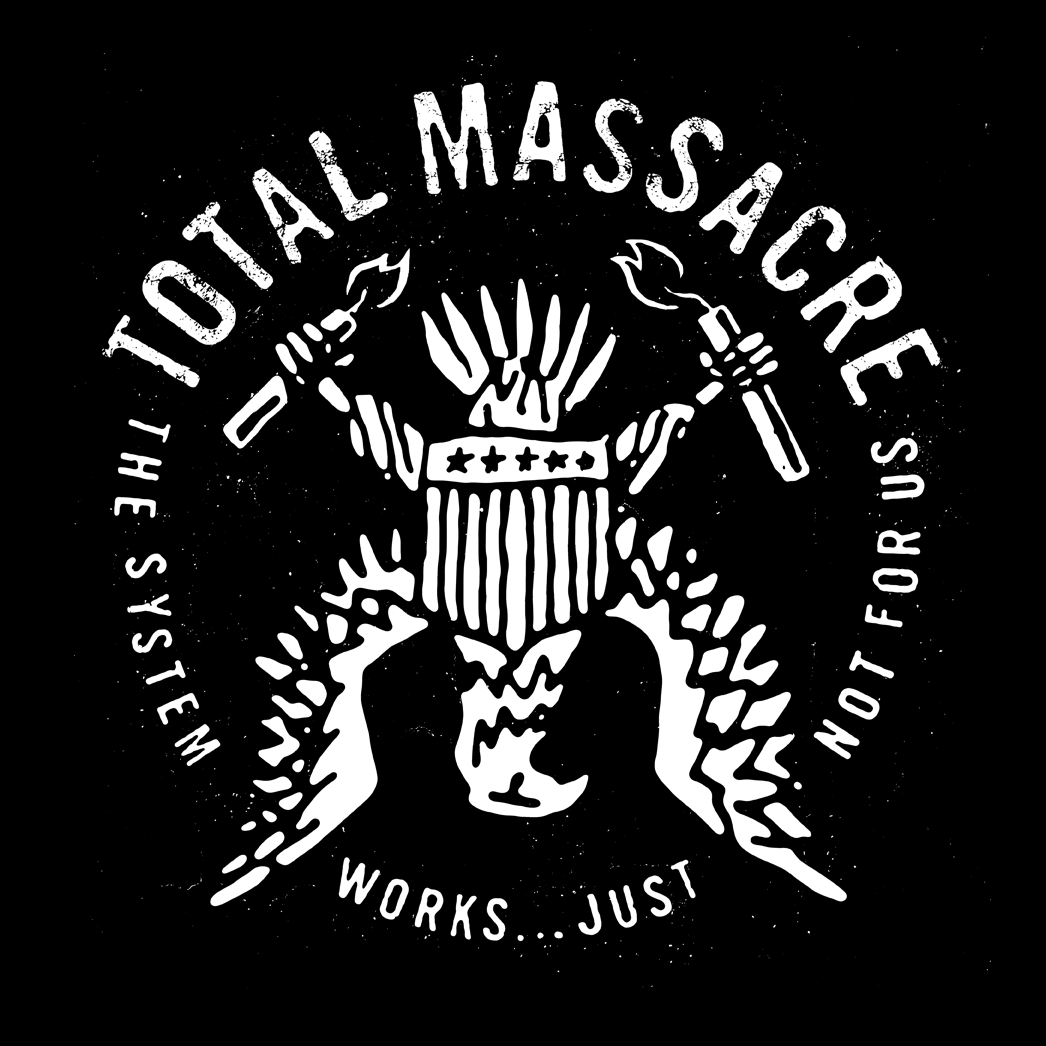 Of the track, singer Cap’n No-Fun says, “Get Rich or Try Dying started like most of our songs do, with a suggestion for a funny song title (this time from our drummer Tommy) combined with the unshakeable sense that literally everything has been fundamentally stacked against us. So not exactly new territory for us as far as songwriting goes but I feel like this one does a good job honing in on one of the really important points that I think is pretty important, and all too easily overlooked: That our lives are the commodity that is being bought and sold.”

The punk ethos is present in everything Total Massacre does, and has earned them an international following in an extremely short amount of time. Committed to bashing authority and calling out the dog whistle of fascism whatever the source, Total Massacre plays every song with a sense of urgency and dread as if at any second some lunatic in the White House might unleash nuclear annihilation upon us all.