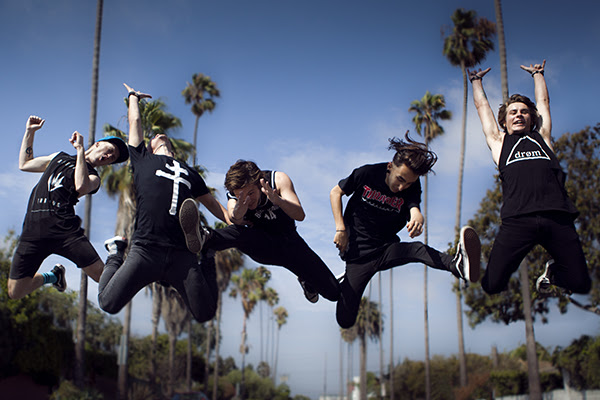 It’s about time Australia found a young rock band that speaks Netflix and Snapchat rather than DVD and MySpace. One that plays straight to their peers rather than pandering to tastemakers and gatekeepers. And you can stick your ‘boy band’ references—Kid Zr0 prove that there’s more than ‘one direction’ for teen skewed pop music. It’s about the right time, the right songs, the right message and the right attitude.

And Kid Zr0 have got it right with ‘Rich Guys Party’. Aged between 15 and 19, the band were brought to the attention of the mainstream via YouTube, gaining thousands of views and gathering fans in every corner of the globe including Russia Poland and China.

Coming out of the blocks with a hot video for their debut, the band are sporting the right mix of attitude, musicality and a damn good song.

The band’s first Sydney show is Saturday October 29 as they launch their single and ‘Rich Guys Party’ is the perfect introduction. Fighting against pretence, full of cheek and catchy as hell, it transports you to Kid Zr0 heartland where responsibility is absent and the party is the priority.

“I think it represents who we are and what we stand for, so it’s the one we wanted to lead with,” said Brandon. “We’re sick of seeing bands take themselves so seriously and worry about status and bling. Screw that. Have a good time. Open the doors. Everyone’s welcome. That’s what Kid Zr0’s about.”

RICH GUYS PARTY IS LAUNCHED ON OCTOBER 29 AT THE LAIR IN AN EXCLUSIVE ALL AGES PERFORMANCE WITH YOURS TRULY AND
JAKE HOWDEN.

Tickets are on sale now from
www.kidzr0.com