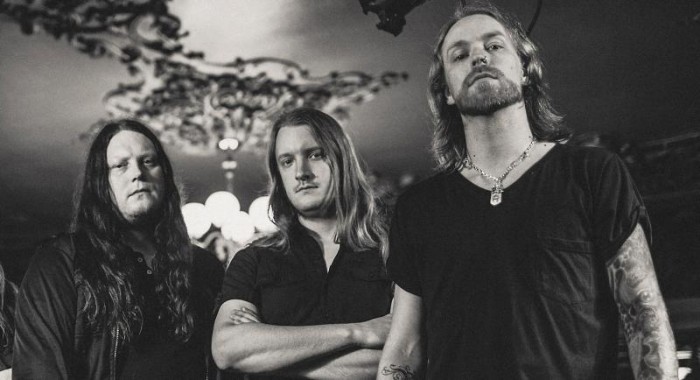 Katatonia have confirmed details of their new band new member drummer Daniel ’Mojjo’ Moilanen.
Vocalist Jonas Renkse recalls ”We first met Mojjo back in 2009 where his band at the time, Engel had joined up with us and Paradise Lost on a UK tour and we soon realized we shared the same musical background and ideals. We stayed in touch over the years and when Daniel Liljekvist quit Katatonia in 2014 we decided to give Mojjo a call. He has now been with us for well over a year, so far only as a live member, but now is the time for him to join the Katatonia album cycle and most importantly – make his own impression on our new material. We can’t wait to see what this will lead to. Love him up!”
Mojjo adds  “From 1993 via 2009 to 2014, from today and onward into future battles. I am thankful, delighted and proud to take part in the next phase of Katatonia and I am looking forward to the journey being as giving as it has been for the last 22 years.”
Katatonia have entered Stockholm’s Studio Gröndahl with engineer Karl Daniel Lidén to commence the recording of their 10th album.  The new album is due out in 2016 on Peaceville Records and follows on from 2012 Peaceville album ‘Dead End Kings’.