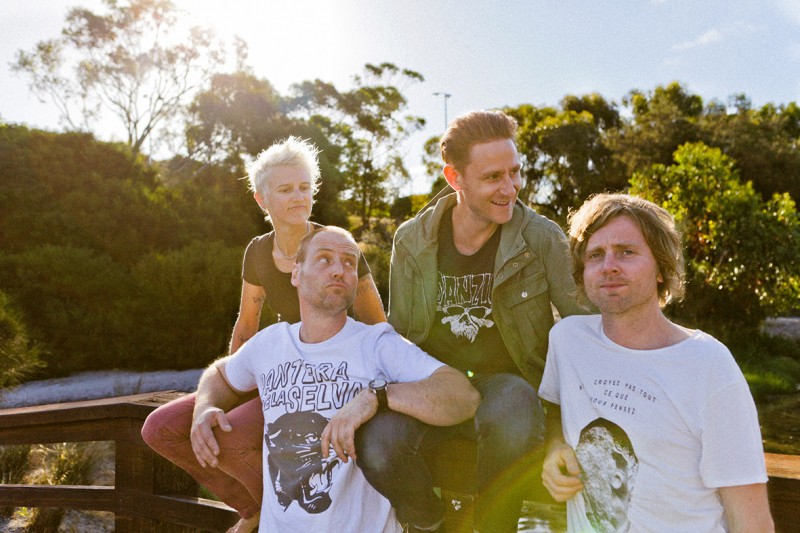 This May /June Perth’s finest Indie Rockers JEBEDIAH invite fans to join in a 20th Anniversary celebration with a Metro City tour run and a compilation album, aptly titled ‘TWENTY’. The tour, on sale now with sold out and additional shows added will feature an array of special guest openers including Front End Loader, Fur, Red Jezebel, Turnstyle, Screamfeeder, Adalita, Bodyjar and Beaverloop some of who are reforming just for this momentous occasion!

Having remained the ultimate crowd pleaser JEBEDIAH have continued to play festival and special one off gigs
throughout the years however, ‘TWENTY’ is the biggest tour the band has undertaken in some time and will be
delivered in two halves: beloved classics and surprises first, then their ’97 debut and fan favourite, ‘Slightly Odway’, in its blissful, ballistic entirety.

It’s impossible for an Australian of a certain vintage to imagine those late ’90s summers without those delirious early Jebs singles — ‘Jerks of Attention’, ‘Leaving Home’, ‘Teflon’, ‘Harpoon’, ‘Animal’ — blasting out of every car radio and festival PA from Summersault to the Falls to Homebake.

Kevin Mitchell, Chris Daymond, Vanessa Thornton and Brett Mitchell were mostly teenagers when they set out:
brothers and best mates from some far-flung Perth high school who’d accidentally stumbled into the first division of the global rock’n’roll perpetual and given it a cheeky kick up the arse while running rings around it with guitars in the air. In 2015 nothing much has changed JEBEDIAH still present a live performance with gusto and gratitude.

The secret to JEBEDIAH’s longevity is simple, a long lasting friendship in which the chemistry remains and the desire to crank it big time, each and every time they hit the stage.

As the band’s 20th Anniversary tour extends in Sydney, Melbourne and Perth fans are in for one momentous 20th Anniversary celebration with openers across the tour including a who’s who of bands from the magical period of the 90’s.

Sydney rockers Front End Loader join the run as well as the reformed Perth band Beaverloop who’ll dust off the road cases to reunite with their old mates for the third and final show in Perth. And as announced previously Brisbane’s Screamfeeder, Melbourne’s Fur (who are reforming) open 2 shows at The Corner, Red Jezebel in Perth and Adelaide while the magnificent Turnstyle will join the tour in Perth.

Adalita, solo artist and lead singer of seminal band Magic Dirt, has been one of Australia’s most respected and influential performers for nearly two decades. She will present a support set in full band mode at the second Melbourne Corner and says “So excited to be playing with The Jebs!! We go way back to the very early Dirt days and have had so many ridiculously great times together touring and partying and hanging out. To be playing a show with them on their 20th Anniversary is just so special, I cannot wait!!!!!”.

The boys from Bodyjar are back on the road to celebrate in style with their old touring buddies and are thrilled to be along for the ride. They’ll deliver a killer set at the first Sydney and Melbourne shows.
Cam Baines, vocalist/guitarist explains the relationship between the two bands, “When we were asked to support the Jebs for their 20th Anniversary tour we didn’t have to think about it too much. We toured a bunch together in the late 90’s and early 2000’s and formed what they might think was a good friendship. Really it was a big rivalry for us much like the Harlem Globetrotters and the Washington Generals we never won and we still resent them for it so it’s finally a chance for us to get back at them. But in all honesty we love the band and it’s always a no brainer to play shows with your good mates so we can’t wait. “

‘TWENTY’, the album, released on May 29th through Sony Music Australia, includes 20 tracks hand chosen by the
band, spanning five releases from their 1997 album ‘Slightly Odway’ (their first on Sony’s Murmur label), 1999’s ‘Of Someday Shambles’, 2002’s ‘Jebediah’, 2004’s ‘Braxton Hicks’ and their most recent album release in 2011,‘Kosciuszko’.