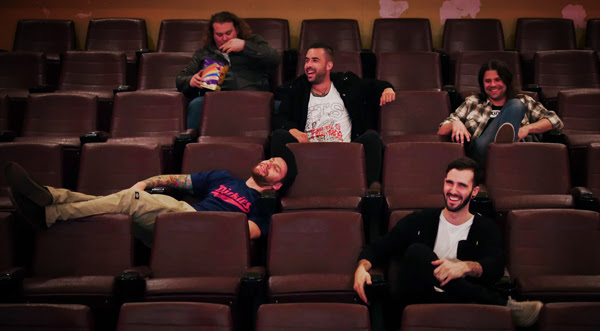 Those Cheeky buggers from Adelaide, Japam, have gone and released a filmclip for their straight up rock banger, DK FACEPUNCH. What a delectable punch right to the kisser it is, too. The track is ripped straight from the heart of their EP due for release on Friday May 13 and lays the foundations for what will be a RIPPING short, three date tour of Adelaide, Sydney and Melbourne – the supports for which have been announced as well.

The vibrant clip features the guys tearing out the song in a white medical laboratory with Apes (presumably the DK or Donkey Kong responsible for the punching of faces) investigating the guys, cautiously at first and then destroying their gear and attacking the boys as they play the hard out track. Fun, Fast-Paced a little Weird – pretty much sums up Japam!

Japam will hit the road in May 2016 for three dates in hometown Adelaide, as well as Melbourne and Sydney – taking the track and the EP direct to the people.

JAPAM’s short career to date has already garnered them props in the underground through airtime on Triple J’s ‘The Racket’, Andrew Haug Radio, along with rotation on community radio stations and an ‘Film Clip of the Week’ from Heavy Mag Australia.

The combined experience of the 5 members includes national support tours with Birds of Tokyo, countless sessions and gigs with prominent Adelaide bands, a guest slot playing Van Halen covers with Steel Panther (seen by over 300 000 people on YouTube), airplay on Triple J and Big Day Out appearances. Previous songs were well received on Triple J Unearthed, reaching #1, #5 and #7 in the Metal, Rock, and Pop charts, and #26 overall for 3 consecutive weeks.