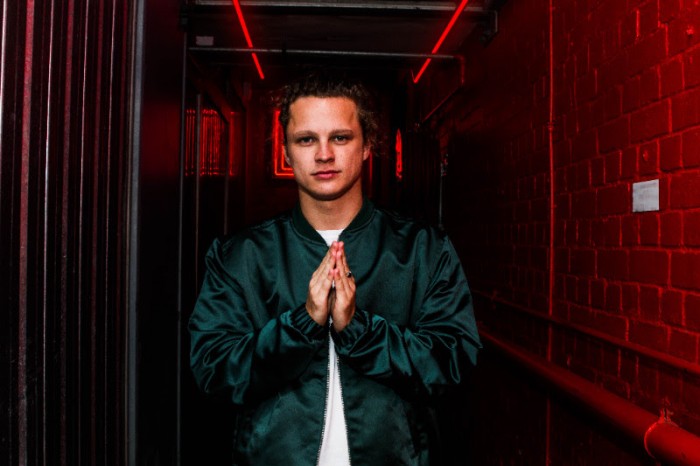 Celebrating what has been a triumphant, multiple sell-out national tour in support of his latest mixtape ’93 KFC Rotisserie GOLD which saw an insane response from hip hop fans across the country, Ivan Ooze has announced he will be taking part in the Under 18’s Vibe City Events in Melbourne and Sydney this July.

Civilisation as we know it has collapsed. The world has become a desolate wasteland, devoid of life. The leaders of the old world have fallen and the new leaders have taken their place. Only one destination remains Rising from the rubble, reborn from the ashes, a single society has formed. A new civilisation. Welcome to VIBE CITY.

A place where dancing is mandatory and self-indulgent partying is the norm. A home for the forgotten masses. A place to enjoy all the pleasures that quality music brings. A metropolis founded on good vibes, and the belief that everyone is entitled to world-class live music, not just those above the legal drinking-age.

Fresh off sold out shows of his 18+ headline tour and performances at Groovin The Moo and Beyond The Valley, IVAN OOZE will be leading the citizens of Vibe City 2016. Renowned nation-wide for his dynamic live show and raw energy, Ivan Ooze (aka Ben Townsend) is turning heads in the hip hop scene. In less than twelve months, Ooze has proved his worth as one of the hardest working artists in the country, embarking on a record breaking 45 show regional tour with Seth Sentry and Dylan Joel, supporting Wu Tang Clan, Azealia Banks, Ice Cube and Cypress Hill nationally, as well as performing with locals Allday, Illy and the Thundamentals.

Making his first ever live debut in NSW and VIC, drumming wunderkind MATT McGUIRE will be joining Ivan at both shows. Also appearing at the Sydney date only will be prodigy beat-maker KUREN and in Melbourne 17 year old rapper DEX will be joining the line-up, rounded out by an all-star cast of local DJs.

Vibe City U18s events are for persons under the age of 18 only. Photographic ID is required at the venue’s point of entry. The events are strictly drug & alcohol free. Any attendee to be found in the possession of contraband or that is intoxicated will be refused entry. Venues will have security guards on-site at all times and management reserves the right to refuse entry.