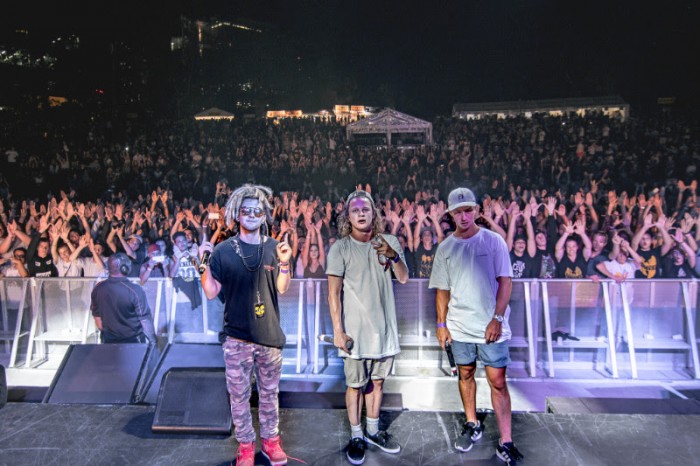 After a massive week that saw local Melbourne rapper Ivan Ooze touring with his childhood heroes Wu-Tang Clan, things took a step to the next level when Ooze (Ben Townsend) got the opportunity to record a track with the legendary Ghostface Killah. The resulting track ‘Bills’ which will be released later this year is a rare collaboration, and one of only a few to feature a home grown hip hop artist with a Wu-Tang member.  If recording with his hero wasn’t enough Ooze also received co-signs from the various members touring the country last week including Raekwon, Ghost and Masta Killa, after his Brisbane set.

“When I first found out I would be supporting Wu-Tang I honestly thought it would be like most other tours I’ve been on (not a lot of interaction with the artists), but soon found out I was completely WRONG”, the rapper related.  After getting to show the iconic Ghostface Killah around Melbourne (to search for Ugg boots and ultimately McDonalds!), Ooze then joined the master rapper in the studio to lay down the aforementioned track.

Ooze continues, “when we got to the studio everything was set up to go, but what I didn’t realise was, Ghost hadn’t written his verse yet, so I got to experience what it was like to be a part of his writing process and it was so F*****G DOPE! After the studio session, Ghost jumped in the car, tapped me on the shoulder and said, ‘that track we just did is fire!’ Ooze was then invited to party with the remaining members while they recorded at a small studio in Windsor and had a rare glimpse at the working process of hip hop’s most iconic groups. Setting the scene Ivan recalls, “so now we are sitting in a studio session listening to RZA’s production while Rae is working on his new verse… 16 year old me would have been in shock by this point.”

An even bigger honour for the young rapper was to follow when the entire Wu-Tang Clan and entourage watched his set in Brisbane at the Riverstage. “I had no idea that the whole Wu-Tang Clan had watched my set before they went on stage.” After the show Raekwon pulled Ooze and his hype man Junor aside and said, ‘I need to tell you boys something’. All of Wu came over when Rae was about to speak, ‘the energy you homies brought on stage tonight was nothing less than awesome. If you boys continue doing what you’re doing, you’re gonna be going places and that’s real. There isn’t too many people who can go before or after Wu-Tang and do what you boys do but you killed the shit and we’re gonna have a toast to that.” Ghostface then went on to say “and you’re hearing that from the chef” While Masta Killah said “Word up, word up, word up, killed it!”

Thankful for the amazing opportunity Ooze concludes, “MASSIVE thank you to the Wu-Tang Clan for having me a part of this tour. It has taught me so much and big thanks to everyone that was involved. I’ll never forget it. Wu-Tang is for the children.” 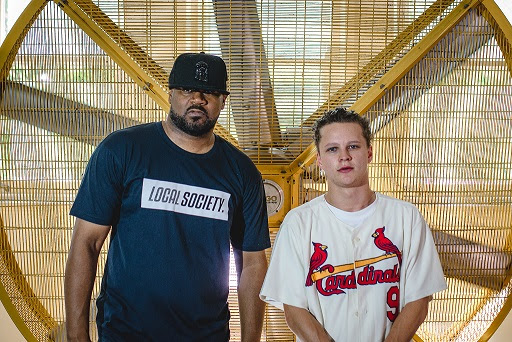