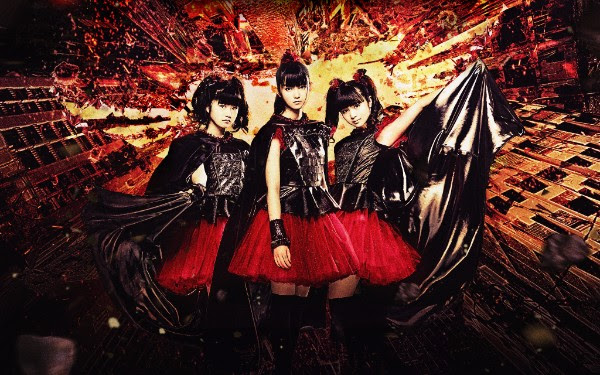 KARATE, performed for the first time last year at Yokohama Arena in Japan, features the call out phrase “Seiya, soiya,” with a stirring chorus and melody sure to resonate with fans.

The video for KARATE has had over 3.4 million views since it’s premiere 2 weeks ago.

2015 was a breakout year for BABYMETAL, the young trio of 17-year-old SU-METAL (Vocal, Dance) and 16-year-olds YUIMETAL (Scream, Dance) and MOAMETAL (Scream, Dance), backed by a four-piece band packing a heavy metal arsenal: they re-released their 2014 chart topping self-titled debut album, were the most sought-after band at Rock on the Range (U.S.’s premiere rock festival) and completed sold-out dates at Chicago’s House of Blues and New York City’s Hammerstein Ballroom (part of their 2015 world tour); they’ve won several awards including the “Breakthrough Act” award at the 2015 Metal Hammer Golden Gods, the “Spirit of Independence” award at the 2015 Relentless Kerrang! Awards, MTV Europe’s “Wildcard Best Japanese Act” and several LOUDWIRE Awards. In addition, they were awarded the “Discovery Prize” at GQ Japan’s “Men of the Year 2015” Awards and the “Women of the Year” Award at VOGUE Japan’s “Women of the Year 2015” Awards. In July, 2015, they became the first Japanese artist to appear on the cover of METAL HAMMER.