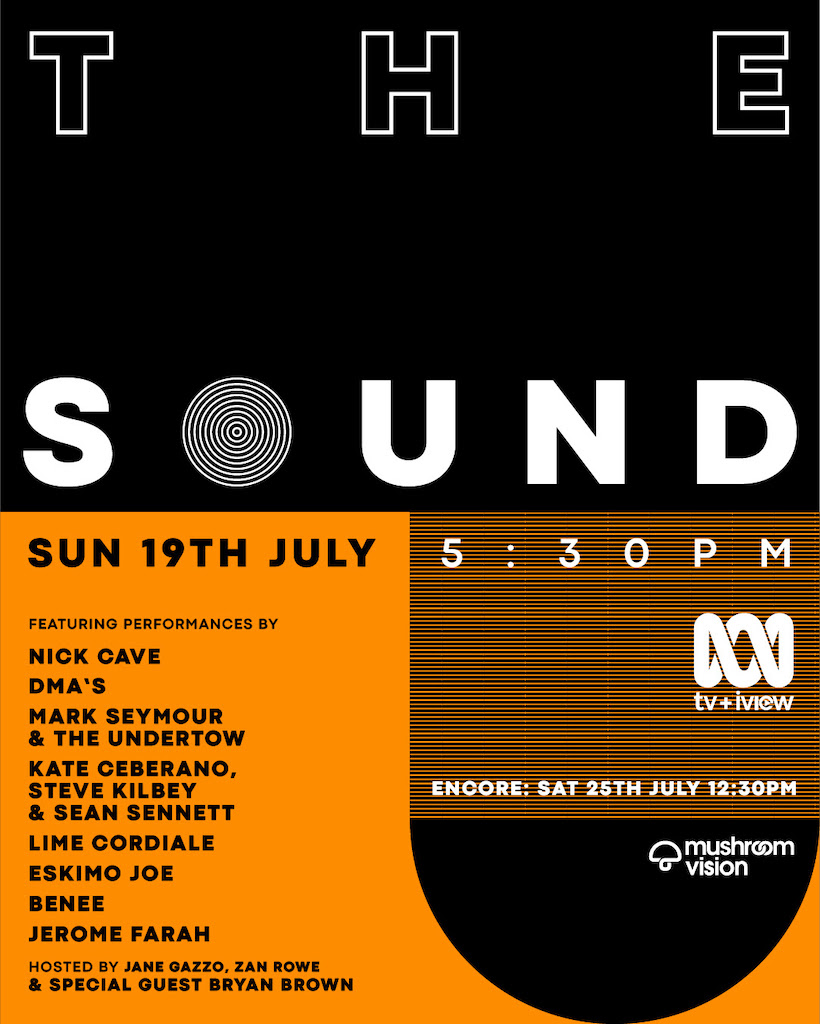 Get set for an hour-long dose of pure talent each Sunday on ABC, when The Sound celebrates the best new music, right where it belongs – on free-to-air TV, nationwide.

Premiering this Sunday 19 July at 5.30pm, each week The Sound will shine a light on some of our country’s finest musicians and songwriters, via exclusive pre-recorded live performances, collaborations and artist interviews. Viewers can watch The Sound on the tele each Sunday (5.30pm) and Saturday (12.30pm) on ABC, re-watch it on ABC iview, or catch highlights on social media.

For over 50 years the ABC has been showcasing Australian music and artists on the small screen. The Sound will continue a music TV tradition started by ABC programs such as GTK in the ‘60s, through Countdown in the ‘70s and ‘80s, Recovery in the ‘90s and most recently The Set.

Each week The Sound will feature segments ‘From The Vault’ (a curated historical clip); ‘Tribute’ (artists collaborating on iconic Aussie tracks) and ‘Introducing’ (where Australia’s next hottest talent is showcased).

Episode One boasts a stellar line-up – including a few big names:

And that’s just the beginning, with even more artists to be revealed on the show.

The COVID-19 pandemic may have prevented our musicians performing concerts but it has not stopped their creativity and willingness to play for Australia. It’s time to get new homegrown music back on our TV screens… The Sound has arrived! Stay tuned for more on each episode – coming soon.