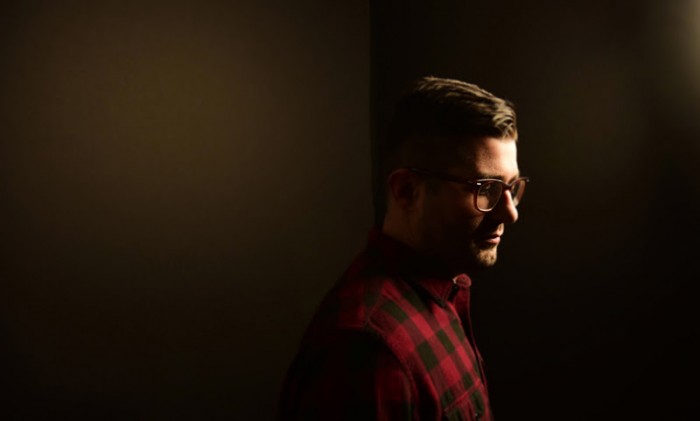 A fortnight ago, Chicago’s blissfully unguarded, Into It. Over It. announced their debut Australian visit with a run of intimate solo shows along the East Coast. Now, they’re sharing a brand new video for their single “No EQ” from their critically acclaimed third album Standards, released earlier this on Triple Crown Records.

The video follows a cavalcade of characters and the adventures that ensue as they don identikit, mail-order Evan Weiss outfits. Each package contains everything you’d ever need to be the very best Chicagoan indie-rock linchpin you can possibly be: flannel shirt no matter what the weather? Check! Thick-rimmed glasses? Double-check! Fake tattoo sleeve? you’d better believe it!

It features a number of Weiss’ local friends, who all pitched in to create the wonderful weirdness it turned into. Speaking of the video, Weiss says: “My friends in Chicago rallied around to create a beautiful (and weird in all my favourite ways) music video,” before going on to call it “a buffalo plaid nightmare.”

Tickets on sale now from www.handsometours.com