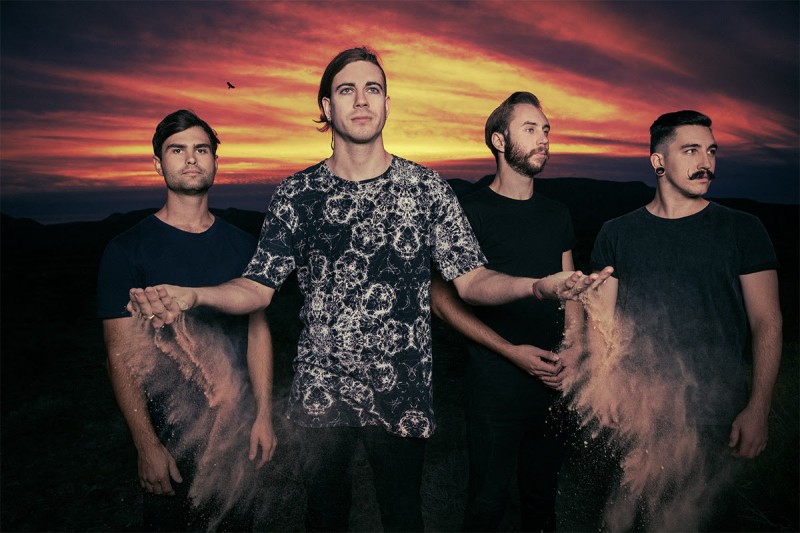 This year has seen In Hearts Wake rise to become one of the nation’s most admired acts. Following the release of Skydancer and its subsequent #2 debut on the ARIA chart, the band embarked on an entirely sold out tour of capital cities across Australia.

The momentum that has carried the band through the first half of 2015 shows no signs of slowing, with the band set to embark on The ‘Badlands’ Regional Tour throughout September.

Skydancer was the highest selling Australian album on its week of release and it marks the second top ten debut in twelve months for the band, with previous album Earthwalker entering the chart at #5. Skydancer has received media acclaim from the global music press, with Blunt Magazine calling it “a heck of a decent record,” Rock Sound dubbing it “stunning,” and The Music describing In Hearts Wake as “the real deal.”

The release of Skydancer induced what was to become a pinnacle moment in the band’s touring career. Beyond overwhelming energy in the room, all shows on the Skydancer Tour were sold to capacity, including a 2000 strong audience at the Sydney Roundhouse. The Melbourne event at 170 Russell was recorded by triple j to be aired as part of their Live At The Wireless program. In Hearts Wake are currently wrapping up a successful run of shows overseas where they played an extraordinary set at Download Festival in the UK, Graspop in Belgium, a string of shows supporting Every Time I Die in France and Spain, and their first headlining shows in Europe. Foregoing any suggestion of rest, the second half of the year will see In Hearts Wake join Northlane for a run of Canadian/American dates in August before returning to Europe in support of Asking Alexandria in October.

Joining In Hearts Wake on The ‘Badlands’ Regional Tour will be special guests Make Them Suffer, Ocean Grove and Stories. Full dates are are available below. 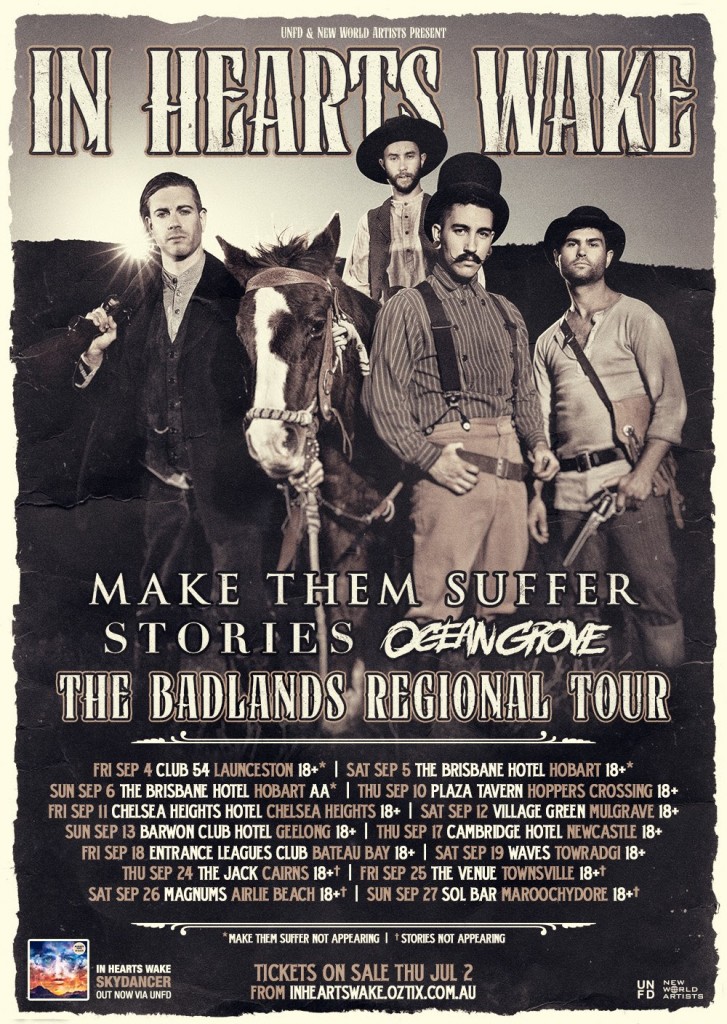