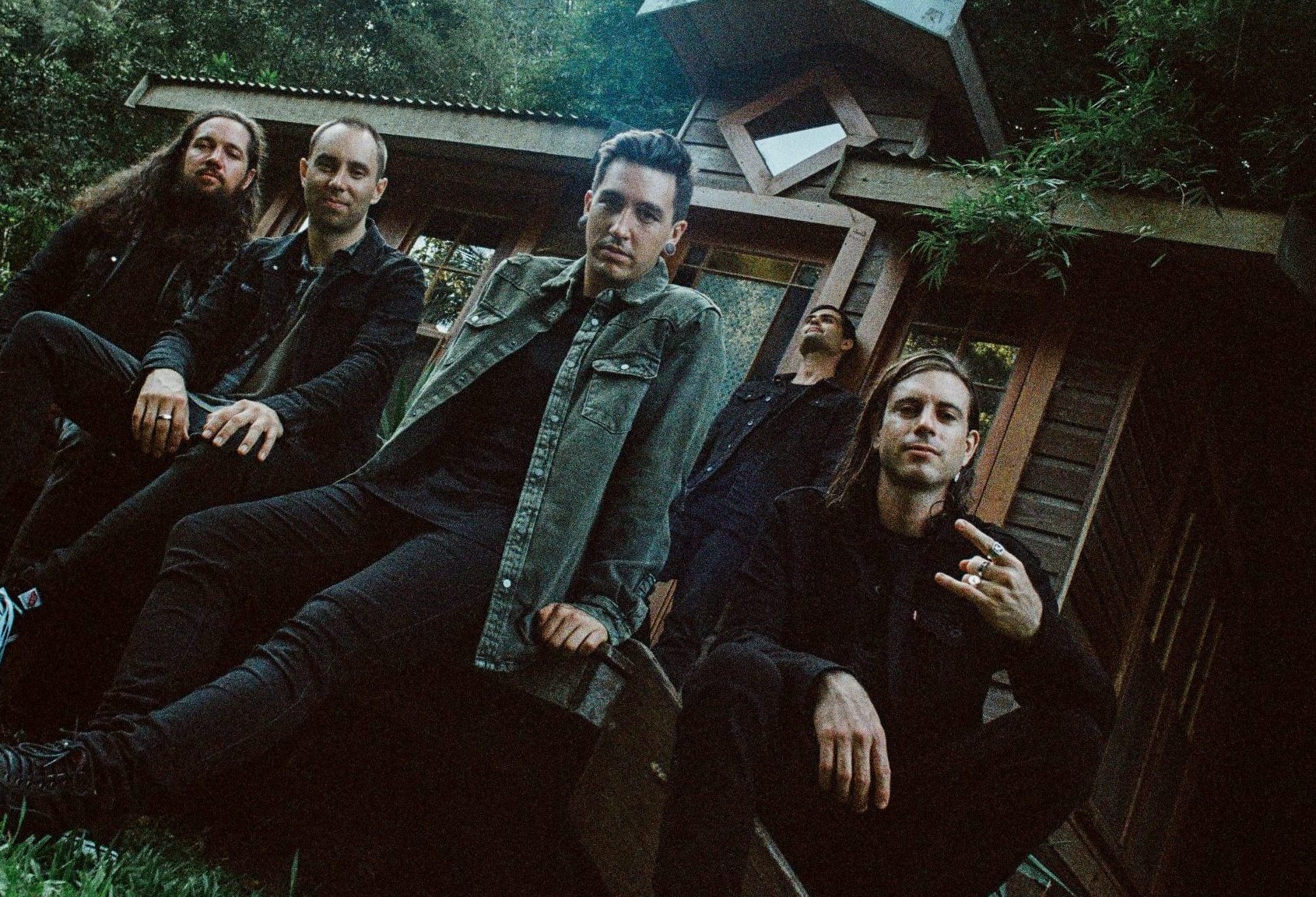 Following a triumphant and powerful screening of their documentary Green Is The New Black across the globe for Earth Week 2022 and a recent nomination for an Environmental Music Prize, Australian heavy hitters In Hearts Wake have today announced the official soundtrack/OST/collection for their impactful film, with the soundtrack officially due out on August 5 via UNFD.

A collection of songs featured in the powerful documentary, which dives deep into the music industry’s relationship to the environment and the making of In Hearts Wake‘s 2020 and 100% carbon offset album Kaliyuga, the accompanying soundtrack for Green Is The New Black is equally as hard-hitting as its visual counterpart, featuring new songs written and produced specially for the film.

In conjunction with the announcement of the official soundtrack/OST/collection, In Hearts Wake have also today unveiled a new single from the impending release, with W2HA, short for ‘Welcome to Hell-A’, roaring into the world. Featuring vibrant riffs, gravelled vocals and towering soundscapes, W2HA is equally vibrant, polished and full of sonic menace, while perfectly capturing vocalist Jake Taylor‘s eye-opening experiences while living and writing in Los Angeles.

“W2HA (Welcome to Hell A) was written during my time living in Los Angeles,” says Taylor. “I’d never experienced such a disturbing divide between wealth and poverty. I would often ride my bike through Venice Beach. There were the most insane Hollywood mansions and then one block away there would be tent villages full of desperation, crime and suffering.  The separation was confusing, and the dog-eat-dog hustle mentality didn’t feel right. LA was a fragile man-made oasis built on a volatile desert. I experienced a 7.1 magnitude Earthquake and then weeks later Malibu went up in flames, raining ash all over the city. For me it was like living in some sort of concrete Hell.”

With the brand new album Green Is The New Blackdropping in early August, fans can also catch the new tunes and plenty of fan-favourites live in action whenIn Hearts Wake hit the road from August until October for their Green Is The New Black Australian Tour. Along for the ride on the huge 27 date run will be dynamic Aussie rockers RedHook, alternative heroes Pridelands and electro metal luminaries Banks Arcade. Also strengthening their environmental message, In Hearts Wake will offset 150% of the carbon emissions on their upcoming tour. 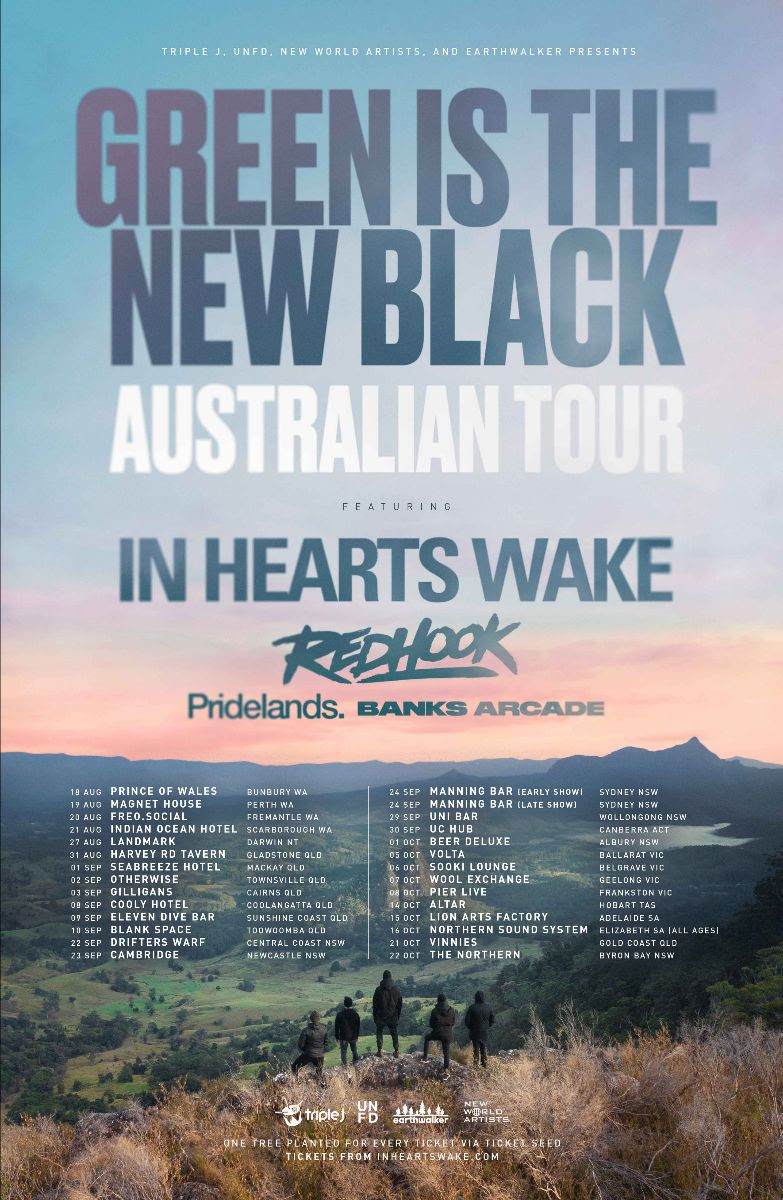