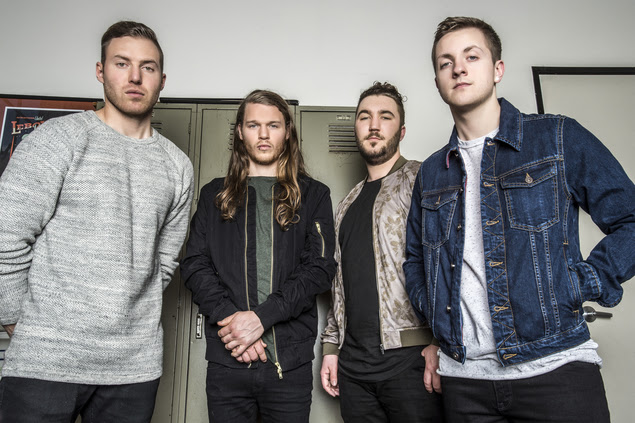 Detroit rock band I Prevail’s highly anticipated, debut album, Lifelines, has been released into the world Friday October 21 by Fearless Records & Caroline Australia. In concurrence with the album release, I Prevail has also premiered a new music video for their explosive single, “Stuck In Your Head.”

The band has raced to to the upper echelons of the iTunes Australia charts at #4 overall and holding steady at #2 in both Rock and Metal. The record is holding strong for a big impact in the ARIA charts this week, with all the singles still rating highly in the charts as well.

I Prevail’s new album, Lifelines, follows the band’s breakout, 2014 EP, Heart vs. Mind. The record scored the band worldwide notoriety and mainstream media attention with the massively successful cover of Taylor Swift’s “Blank Space,” which has since been certified Gold and streamed over 27 million times. Now, I Prevail has returned with an incredible new record to prove their place among the scene’s most elite bands.