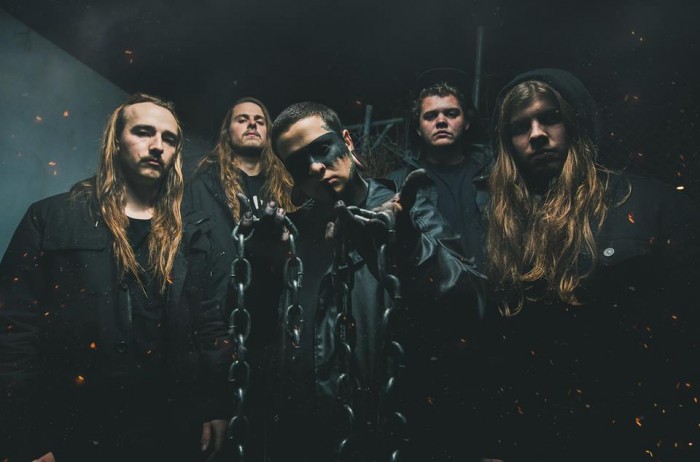 Adelaide’s I Exalt & Sydney’s Justice For The Damned are teaming up for shows across the east coast next month. Local supports have now been confirmed!
‘If you need strength, we will be your strength’ -ˇ I Exalt
At the All Ages show in Newcastle, Blind Oracle, Of Divinity and The Sign Of Four will pave the way for a night of mayhem. The first of two hot nights in Brisbane will be opened by Seasons Unending and Initiate Jericho at New Globe Theatre and the next night at the All Ages at The Lab it’s Bayharbour, Exile and Promethean who are up first.
With no time to stop and enjoy the view, the tour heads straight into Sydney where the Monday  night crowd get to check outSemper Fi, To The Grave and Mindshank at Red Rattler.
The people of Wollongong will be kicked into a frenzy via Oppressor, Prototypes and Below Arcadia ahead of the main event;; and in Canberra, Purity, Hatecrime and Honest Crooks will prime The Basement crowd.
Warming The Servant up in Melbourne on night one are the mighty Feed Her To The Sharks and for the All Ages night of mayhem at Wrangler Studios it will be I, Valance, Earthender and Bury The Kings who will set the scene for whats to come.
I Exalt explore the dark and eerie depths of their chose genre. Contrasting heaviness and atmosphere, groove and ambience, light and shade with lyrics that inspire a spiritual connection between band and listener, their message is one of strength through overcoming vulnerability, something their loyal fans both appreciate and relate to.
Live, I Exalt are a lethal weapon of high energy, focused and extremely tight musicianship.
Sydney five piece, Justice For The Damned have built their sound around heavy riffage and telling stories from their dark pasts which has captured the attention and hearts of their ever expanding fanbase. Their new single, Deep Rotting Fear is testament to their relentless work ethic and creativity.
Tickets on sale now!
TOUR DATES
Thursday, March 17: Hot Damn, Sydney 18+
Friday, March 18: Drone, Newcastle AA
Saturday, March 19: New Globe Theatre, Brisbane 18+
Sunday, March 20: The Lab, Brisbane AA
Monday, March 21: Red Rattler, Sydney Lic/AA
Thursday, March 24: Rad, Wollongong Lic/AA
Friday, March 25: The Basement, Canberra 18+
Saturday, March 26: Bang, Melbourne 18+
Sunday, March 27: Wrangler Studios, Melbourne AA
Tickets available from tickets.destroyalllines.com