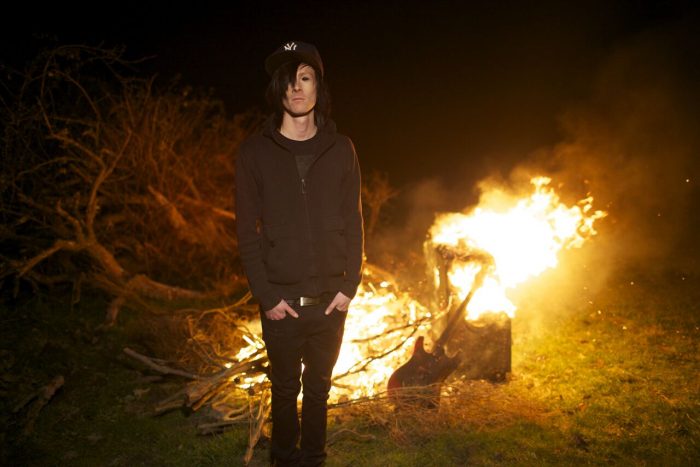 Melbourne progressive instrumental project, I Built The Sky will release his second full length album, The Sky Is Not The Limit on October 30.

I Built The Sky is the working of one man, Rohan ‘Ro’ Stevenson, from Melbourne Australia. Since starting the project in 2012, Ro has gained global attention with his creative music videos and melodic yet technically stunning guitar work. Ranging from techy instru-metal to intricate punk, to more ambient sounds with a heavy emphasis on advanced guitar techniques, I Built The Sky is totally captivating and immerses the listener in its musical themes.

Every I Built The Sky track is named after a cloud formation, one that best represents the sound of the song. This unique theme is prevalent throughout the entire discography of four releases to date. A self titled album, 8-track EP, a B-sides album and the Translucidus single. After four years as a studio project, I Built The Sky was finally taken to the stage this year. With co-headline shows in Sydney and Melbourne with (who), a performance at the Melbourne Guitar Show alongside some highly established musicians as well as supporting Between The Buried and Me with Chon in Melbourne during February.

I Built The Sky is a vehicle for Ro to explore all aspects of musicology. An avid songwriter and player, Ro is also completely involved in the production side of his music. From recording to mixing and mastering, every aspect of every release has his full attention to detail giving him complete control of his art.
I Built The Sky will return to the stage in early 2017
The Sky Is The Limit will be released on October 30