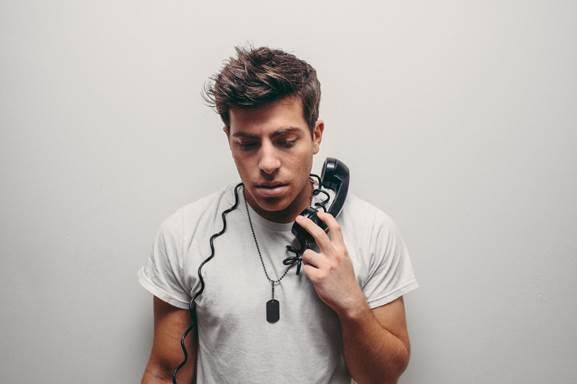 One of America’s brightest hip-hop exports HOODIE ALLEN is heading to Australia and New Zealand for the first time this January. HOODIE ALLEN, real name Steven AJ Markowitz, is one of the fastest growing independent rappers in the world. With 3 EPs, numerous singles and just 1 album under his belt, that was enough for HOODIE ALLEN to pack up venues all over the globe. Every show is worth it and his live performances are hailed as one of the best in the scene.

HOODIE ALLEN went from an Internet favourite to Charting Artist with the release of his 2012 EP ‘All American’. The EP took him to to #1 on iTunes within just few hours of its release. Interestingly, he initially started his career while working at Google before quitting Google to pursue a career in music full-time. The release of his debut album “People Keep Talking” landed in Top 10 of Billboard’s Top 200 – and this was without any label or management. Former Googler, Current Rapper. Hoodie says he wanted to build a style rooted in Hip-Hop, Pop, and Soul that combined everything he loved, and of course maintaining a dynamic flow and wordplay alongside the hooks.

On the live-front, HOODIE ALLEN is unbeatable. Every single performance of his packs a powerful punch. From amazing visuals, to thumping beats, to stage dives and a whole lot more.HOODIE ALLEN puts on a hip-hop show like you’ve never seen. The energy just keeps on giving and by the end of it, you don’t want him to stop. He is known for his interaction with the fans and he aims to make every single person in the audience special. HOODIE ALLEN doesn’t try to be what he’s not, he has a strong vision and does everything to make that vision a reality – the fans can clearly see this, and they love it.

The Hoodie-Mob love the Hoodie-Hop. Hoodie’s fan base is a strong and wild community, and he is able to single handedly win over every single one of them with his infectious energy, unparalleled dedication to his craft and his passionate outreach to the fans. From wild costume changes, fist pumping & stage diving frenzy, confetti surprises and more – a HOODIE ALLEN concert is an unmissable experience. 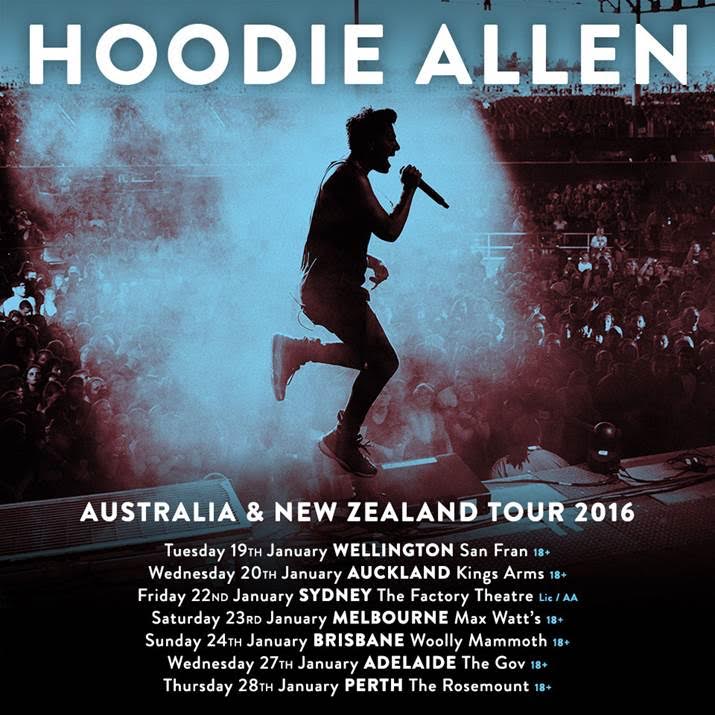