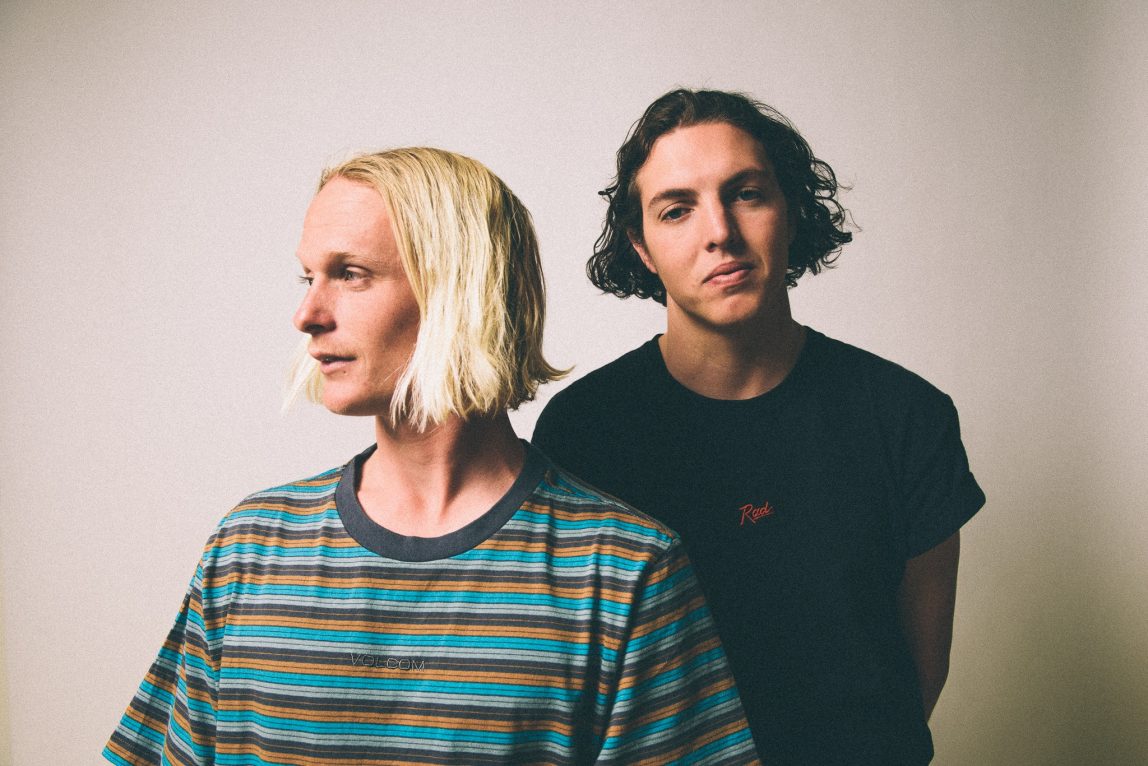 Off the back of touring across the USA and Canada, then returning home just in time for Laneway Festival, Hockey Dad release new single ‘Itch’. This follows the duo’s ‘I Missed Out’ which scored a casual #60 in this years triple j’s Hottest 100 only weeks after being released.

‘Itch’ is an epic fuzzed ballad, which started off as a delicate, droned out kind of feel. It grew in the studio as the band added more layers and has become a giant of a song that slowly builds to a massive finish with one of Zach Stephenson’s biggest vocals to date.

“It’s definitely the most non-Hockey Dad song we have ever recorded” shares Zach. “Itching is the worst feeling you could have sometimes. The idea comes from a person having someone under their skin and constantly invading their thoughts. But for some reason, can’t get enough of it. Can’t get enough of being controlled and held down. It’s kind of saying ‘come on in and keep me captive. I’m all yours’”

The music video is unlike any other Hockey Dad video you’ve seen before. Filmed in LA with their friend and director Laban Pheidias (Justin Bieber, Warpaint), it was an intense shoot with costume design, production and many actors which was all a first for the band.

“The make-up and wardrobe was probably the funnest but also the most uncomfortable part of the day. We were coated in thick body paint and face masks during the steamy LA day whilst skating. But it was worth it to creep people out who were walking by us.” Zach shares.

Hockey Dad’s highly anticipated third studio album, Brain Candy will be released on May 29 featuring both ‘Itch’ and ‘I Missed Out’. The thirteen track album was produced, engineered and mixed by John Goodmanson at Robert Lang Studios (Bikini Kill, Blonde Redhead, Death Cab for Cutie, Los Campesinos) and was mastered by Troy Glessner (Alice in Chains, The Blood Brothers, Foo Fighters).

Hockey Dad have had a huge start to 2020, but things are about to go to another level with the band to embark on their biggest touring year ever. The duo will be heading overseas to play a crazy 36 shows across Europe, the UK and USA. Australian tour news to be announced soon!!

In their few moments of downtime, the bushfire tragedy hit home for Hockey Dad. The duo put their heads together and decided to throw a massive show in their hometown bowlo in Windang which later had to be moved to the larger North Wollongong Hotel to cater for demand. The show, also featuring Tumbleweed, Odette and Pist Idiots, went on to raise a whopping $150,000 with the proceeds going to South Coast Bushfire Relief.