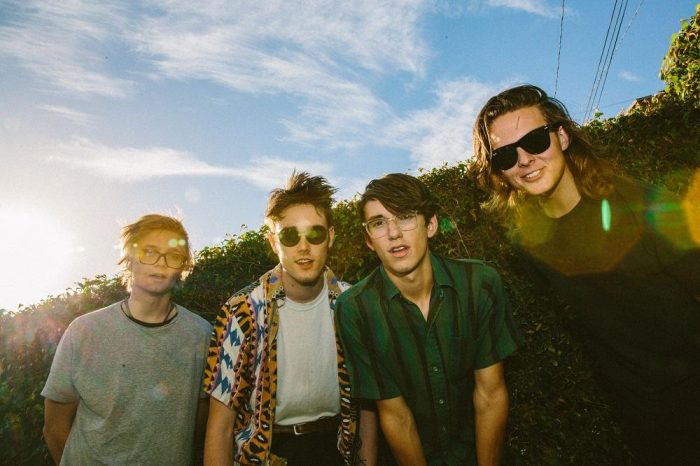 Written and recorded over the past 12 months and produced by the fast-rising BJ Burton (Bon Iver, Francis & The Lights), the record marks a true coming of age for the band, exploring an intimate world of universal concepts: love and loss, family and friendship, hope and self-doubt amongst many others; a milestone at the time in life of which certain questions are answered, but so many more are asked.

Eschewing any of the band’s critically acclaimed previous works, landmark is a collection of 13 brand new Hippo Campus’ songs – a debut that musically uncovers a series of fresh sounds from the group. Whilst a strong grasp remains on their classic songwriting capabilities, another is held for experimentation and sonic discovery.

‘The album became a collision of two versions of ourselves, each part trying to have control of everything. The first, a suffering, arched-backed wild man rubbing two sticks together to make a fire in a barren cave. The other, carefree in reflection, drenched in summer and whiskey with its writing hand working flawlessly. One side of the coin seeking honesty, real reflection, therapy. The other a cynical child, utilising irony to tear down the ship we had worked so hard to build.’

To coincide with the news, the band have shared the music video for latest cut ‘Boyish’, directed by previous collaborators Hyper House.