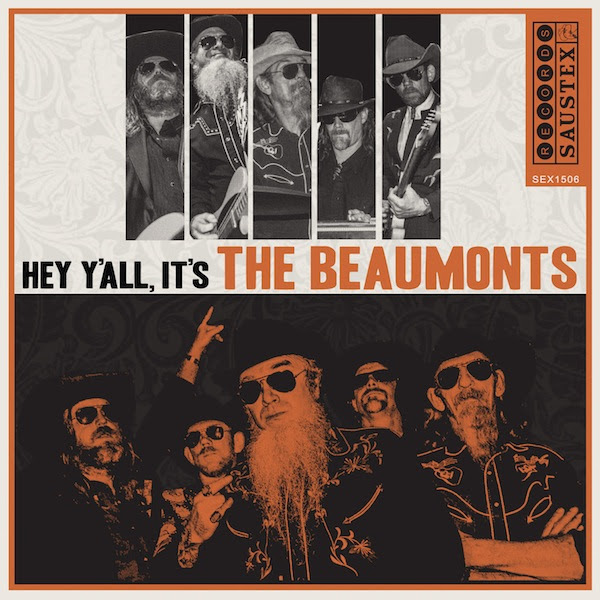 Coody Gold Enterprises is pleased to announce the forthcoming release of The Beaumonts third album “Hey Y’all It’s” (The Beaumonts) via Saustex Records on 6/16/15. Coody Gold, Texas Panhandle music impresario and the band’s longtime manager, had this to say about the band’s new release: “Hey Y’all It’s” (The Beaumonts) represents a lot of musical growth for these five young men from Lubbock. Lyrically it explores deep themes and issues of average looking, common, rural folks who find themselves morally adrift in the great metropolises of our fine country…
ill-equipped to deal with the abundance and variety of temptations they face in their daily lives that include sex, drugs and alcohol. The Beaumonts are no strangers to these same temptations, and their many fans and listeners will no doubt identify with the heartfelt and personal portrayals of these struggles in their songs.”

The production of the new album was slightly delayed due to the departure of longtime bassist Don Ed Rosewood who was forced to leave the band owing to multiple claims of child-support. Don Ed is currently attending truck driving school in the DFW area and by all reports is learning to handle the big rigs pretty well. His boots have been filled by hired gun Duck Buford – third runner-up in Hub City Weekly’s 2008 best bass player poll. The rest of the band’s trademark lineup remains intact: Troy Wayne Delco – lead vocals and guitar, “Hollywood” Steve Vegas – lead guitar and vocals, Jimmy Ned Messer – drums, and, Chip Northcutt – pedal steel guitar.

The Beaumonts will be making many personal appearances around Texas in connection with the release of “Hey Y’all It’s” (The Beaumonts) and more regional dates will be added as soon as the judge says it’s okay.