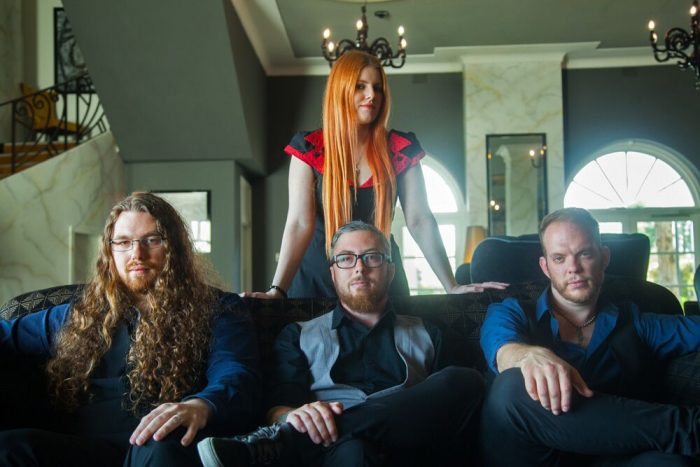 Sydney four piece progressive metal act Hemina are preparing for the release of their third album, Venus, on November 11. Venus is an 80 minute concept album detailing and examining domestic violence, relationships, and individuality in the 21st century with a narrative arc to accompany and elaborate on their previous conceptual output.

Hemina combine hard hitting syncopated grooves and lush synth backwashes with multi-part vocal harmonies and blistering, memorable leads to create soundcapes full of emotion. The bands first two albums Synthetic (2011) and Nebulae were met with critical acclaim traversing two different sides of the band’s sonic spectrum from the complex and dark, to the concise and uplifting. Venus sees that spectrum expand, offering flavours of what fans have come to expect in the past as well as a new palette and range of expression never before heard from the group.

Both Bandcamp and iTunes preorders come with an immediate download of Moonlight Bride. Purchases via Bandcamp will also receive the exclusive bonus track You.

In support the release of Venus Hemina will be playing some select album launch shows with Caligula’s Horse, Teramaze, Vanishing Point and more!