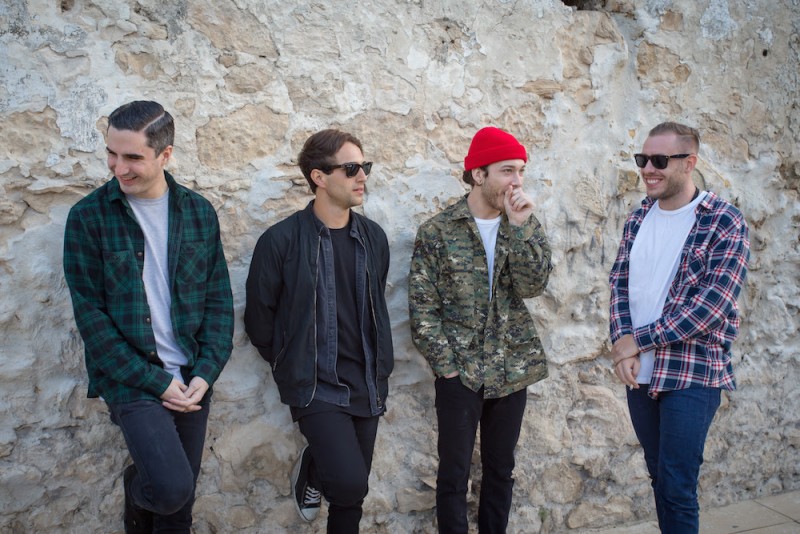 Last night Hellions premiered their captivating new video for ‘Nottingham’ on Channel V’s Re[V]olution. The track is from their current release Indian Summer, which was released earlier this year and debuted at #19 on the ARIA Chart.

“‘Nottingham’ is about comparative thinking and jealousy within a relationship; the unearthing of the erstwhile in cardiac landfill, begetting a mutual resentment,” says drummer Anthony Caruso of the visually intriguing video.

“We shot the clip in Sydney’s beautiful Marble Bar with Chris Elder, Ed Reiss and the Haus Party team.”

“The clip stars the ever-adept Brady Kitchingham and Charlotte Schinckel-Brown, who tore each other to pieces in order to bring their physical interpretation of ‘Nottingham’ to life. There’s an unnervingly personal quality to their performance and it brings a new tangibility to our song that we hadn’t thought possible beforehand. We hope you enjoy it.”

Check out the hypnotic video for ‘Nottingham’

Last night Hellions also announced an Australian headline tour bringing along Capsize and ’68 both from the USA. To round out a big week of news for the band, last week they were announced on Northlane’s European headline tour in October.

Saturday 29 August – The Civic, Perth 18+
Tickets from Destroy All Lines and Heatseeker outlets

Tickets are on sale 9am Friday 19 June 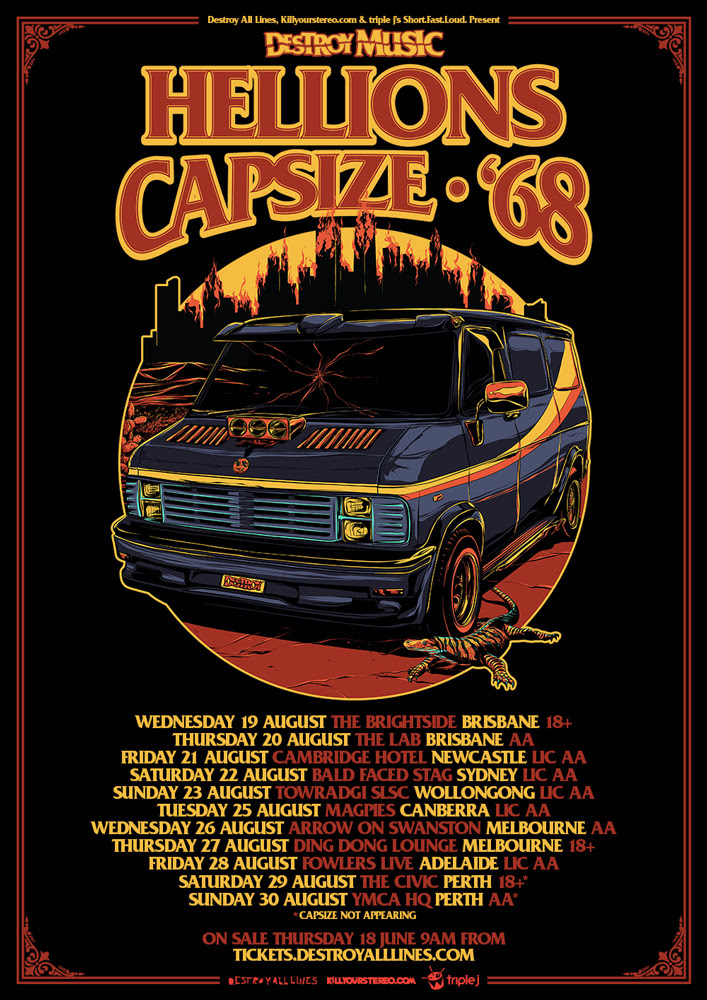