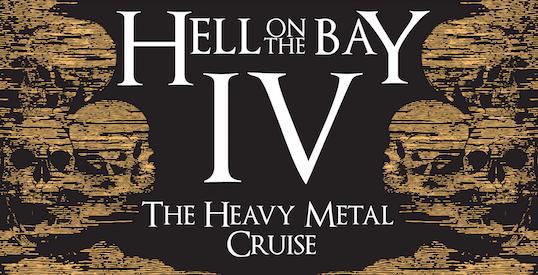 Hell On The Bay is a heavy metal boat party that combines the best of both the live music and club scenes in what will be a night for every metal head to remember.Taking place on the Victoria Star cruise ship, attendees can expect four hours of cruise time around Melbourne’s iconic Port Phillip Bay. Entertainment includes the hard hitting music of some of Australia’s best metal acts in the upstairs band room while DJ’s play all of your favourite hard rock and metal tracks in the ‘Below Decks Party Room’.

Hell On The Bay is one of the most memorable events on the local metal calendar so whether your looking to catch some of Australia’s hottest metal acts or are just chasing a great night out with friends, pencil it into your calendar and secure a ticket before it sells out.

Tickets are $40 Early Bird/$50 Standard and include 4 hours of cruise time, 5 live bands, metal DJ’s and a free pizza dinner. 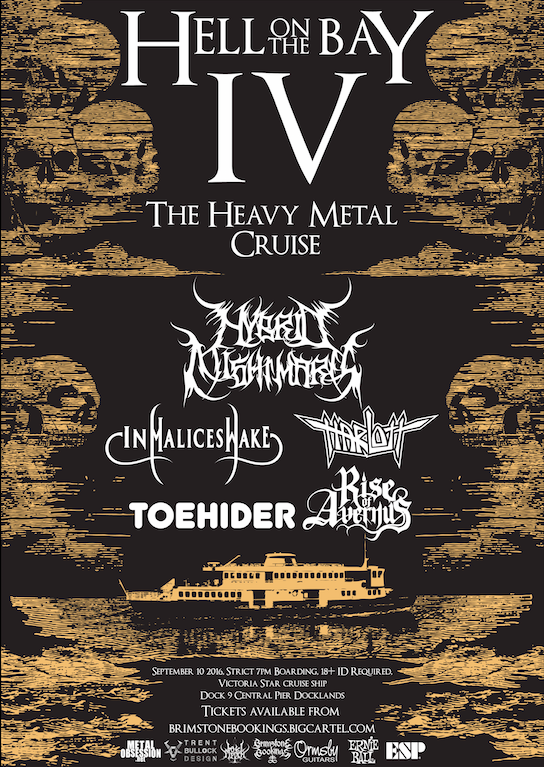